Born in a municipality in the Huelva province, he has been falling in love with Huelva as he has been discovering its history and curiosities. The fact that little is known of Huelva or that there is even a bad image of it, is what has motivated me to do these routes, to value this small but great city. I have documented myself well (and I will continue to do so) to offer you a route loaded with anecdotes and curiosities while we have an instructive time as well as fun.

REVIEWS OF THE VISIT
https://g.co/kgs/N639wF

Huelva is the oldest city in the West , it is located in a strategic location , surrounded by hills that have served as a natural defense for its population and, situated between two rivers, the Tinto and the Odiel, which open it to the Atlantic Ocean, which It has favored the appearance of settlements since Prehistory.

Tartessos, Phoenicians, Greeks, Romans, Muslims and even the English have left their mark on this city, which has generated a great cultural wealth.

On this visit we will make a tour of the historic center of Huelva starting from the oldest place, the Plaza de San Pedro, to one of the most modern and emblematic places, the Casa Colón. Meanwhile, we will stroll through the main arteries of the city, including the evolution and character of its city, from the past to the present, impregnating ourselves with its essence. We will admire its modern and elegant constructions , we will know unknown curiosities of the Discovery of America and the Little English Colony , etc.

Join me on this journey through time and discover the great secrets of Huelva , the great unknown! 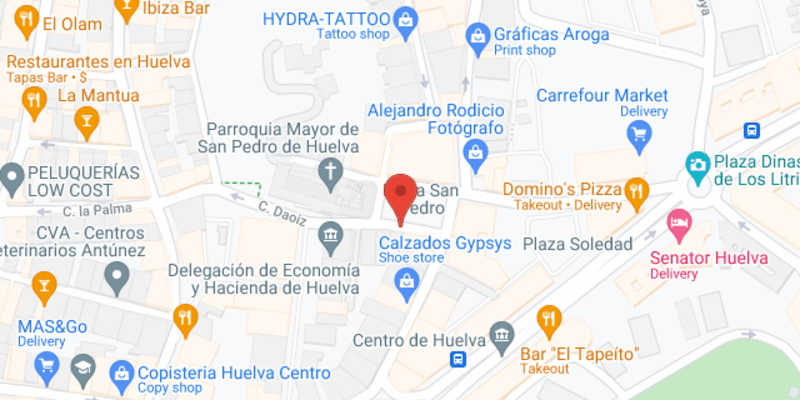 This guru has 1 reviews in other tours.