Barcelona Renaissance: a free tour of Modernism and Gaudí

Hello everyone and welcome to Barcelona. I am a passionate historian and an expert world traveler. Born in Naples (Italy), after completing a BA in History, I have traveled extensively around the world and have lived in London, Dubai, Berlin and São Paulo. Barcelona has had a special place in my heart since spending 6 months on an Erasmus project. So what are you waiting fo... More

Hello everyone and welcome to Barcelona. I am a passionate historian and an expert world traveler. Born in Naples (Italy), after completing a BA in History, I have traveled extensively around the world and have lived in London, Dubai, Berlin and São Paulo. Barcelona has had a special place in my heart since spending 6 months on an Erasmus project. So what are you waiting for, don't hesitate and let me show you the great Enchantress. Barcelona! and with all our sins, ours! ours!  Barcelona ours! the great enchantress! - Joan Maragall Menjar ben I cagar fort /I no tingues por de la mort – Eat well shit strongly and you will have not fear of death -Catalan Proverb

The end of the XIX and the beginning of the XX century is an extremely significant period for the city of Barcelona. An unparalleled economic growth, feed by huge profits made in the Spanish colonies of America, is changing the “Condal” city landscape.
An early industrial revolution places Barcelona at the helm of Spanish economy. A new “romantic” cultural movement called Renaixença inspired by the Catalan traditions, history and language, produces a huge artistic output that would have its pivotal expression in the work of three genial architects: Louís Domènec i Montaner, Josep Puig i Cadafalch and Antoni Gaudí.

The tour will be divided in two parts: in the first hour, we will be visiting the Passeig the Gracia, the most luxurious and sophisticated street in the catalan Capital. We will learn about life in the city at the turn of the last century and will unravel all the secrets of the most amazing houses of the so called block of the discord.
Then, after a short metro ride, we will marvel at one of the most amazing work of art ever produced, the majestic and breathtaking “basilica de la Sagrada Familia”.
This outstanding (but still unfinished) masterpiece is a bible in stone, a song of eternal prise sculptured in the rock.
Groundbreaking in its design and rich of hidden symbolism, it offers to million visitors every year a unique spiritual and emotional experience.

This Modernism tour is essential to better appreciate those artistic works and also to have a better understanding of what is Barcelona and Catalonia today.

NB: In order to reach the Sagrada Familia, we will be taking a quick Metro journey. Make sure you have a ticket or let us know whether you need one at the start of the tour. 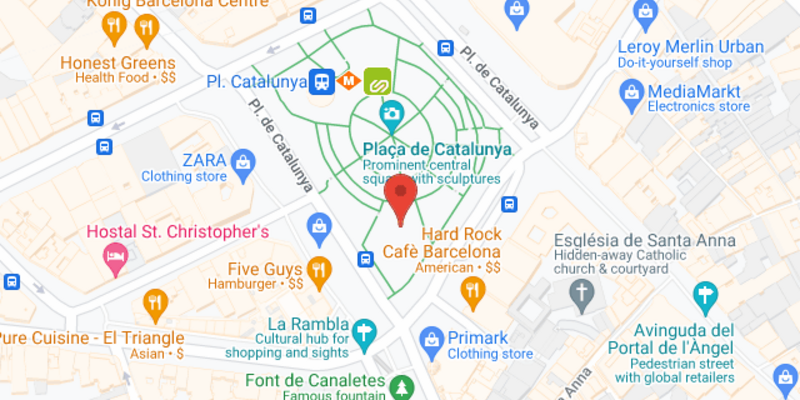 How to find me: At the Sculpture The Goddess (La deesa) Pl. de Catalunya, 4, 08002 Barcelona. Across the street from Primark.

Accessibility:
The tour is not suitable for people with reduced mobility.
Large groups:
Large group bookings are not accepted.
Minimum of attendees:
A minimum number of attendees is required for the tour to take place.
Pets:
The tour is pet-friendly.
Additional costs:
The tour does not require the payment of entrance fees or additional expenses.

Even though the Tour was to BE cancelled Luca decided to do the Tour For the two of US. Well Done Luca. Great Guy - a pleasure to meet you

Luca created an excellent tour with the famous modernistic sites but also lesser known places that we could never have found or known about ourselves. That is where the value of a local guide comes in. Luca is very knowledgable and speaks very clearly despite the street noises. Everything sounds more lively and funnier when he presents them, which made the tour a lot of fun and memorable. Luca takes a real interest in his guests and makes sure we are safe and comfortable throughout. The group is much smaller than the usual walking tours so it feels much more intimate and personal. Highly recommend! 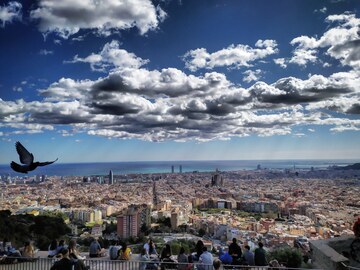