I am an Indian. Travelling & exploring different cultures has been my passion and have traveled to scores of countries with my wife since we started vacationing internationally 9-10 years ago. Both of us have been Hosts on various platforms since August 2019 to Guests from around the world having offered hundreds of offline & online sessions ranging from cooking, mediation, traditions and festivals of India. Showcasing vibrant Indian culture in most simple manner and answering questions from Guests is what I love. Apart from sharing Indian culture with my Guests, I wish to build long lasting relationships & bonds with my Guests. My wife, Nidhi, shall be co-Guru for the tour and you will find her besides me in all my tours.

Humayun’s Tomb is a sight to behold! The tour will be conducted from the magnificent lawns of Humayun's Tomb.

Finest of Mughal Architecture in Delhi, Humayun’s Tomb is the best place to listen to the story of the Mughal Dynasty. The Emperor from the Mughal Dyansty had built the Taj Mahal.

The Guru will take you through from 1526 up to 1857 – the entire period during which the Mughals ruled India. During the tour, you’ll also learn about the Mughal Emperor who:

♛ ... imprisoned his father to usurp the throne

♛ ... is regarded as the Lover Boy of the Mughal Empire

♛ ... constructed the Taj Mahal and why

♛ ... is regarded as one of the greatest 25 kings of all times

♛ ... demolished the grandest Hindu Temple to build a Mosque

A not-to-miss tour for travelers who are interested in the best of Indian History. 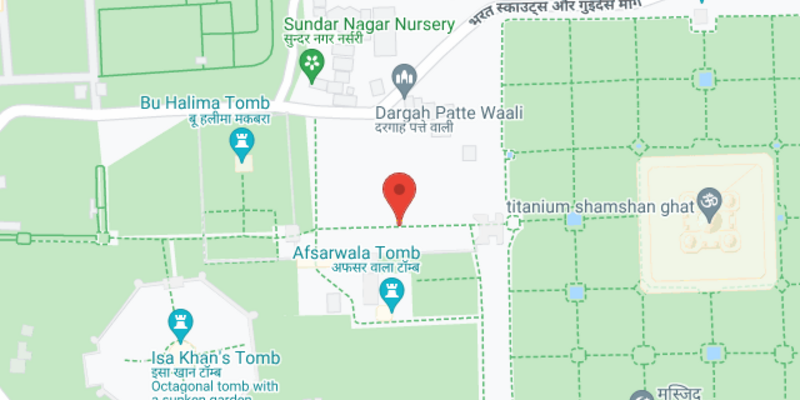 This guru has 27 reviews in other tours.

Minimum of attendees
A minimum of 4 people is required for the tour.
Additional costs:
The tour requires the payment of entrance fees or additional expenses.
Free cancellation
If you will not be able to attend the tour, please cancel your booking, otherwise the guide will be waiting for you.
Free tours
India
Free walking tours in Delhi