“The Madrid of NATO, feel like a Prime Minister”

MAD EXPERIENCIAS is a group of Doctors and specialists in Education, Communication, Tourism, History, Architecture and Art who share their passion for these disciplines and for our city, MADRID.

“The Madrid of NATO, feel like a Prime Minister”
Put on your suit jacket and tie or an elegant dress because in this Free Tour we will make you feel like a leader at the NATO Summit, in addition to having the world in your hands, you will be able to enjoy Madrid as you have never done before, as if whether it was Boris Johnson, Emmanuel Macron, the President of the United States Joe Biden or the Prime Minister of Iceland Katrín Jakobsdóttir.
Although you cannot see them, the security personnel will accompany you throughout the tour, they are so stealthy and hidden that you will confuse them with any passer-by in Madrid, but they will be there, watching over your safety.

Once you have gotten off your official plane, we will be waiting for you in the Plaza de Oriente, next to the Statue of Felipe IV, the meeting point where the Free Tour will begin.

Madrid's royal palace
We will start the visit telling the history and curiosities of the Royal Palace, we will tell you the anecdotes about the May 2 Uprising that made Emmanuel Macron laugh (or maybe not so much?).

The Royal Palace of Madrid is one of the largest palaces in the world and one of the few official residences of Heads of State that is open to the public.
We cannot assure you that the kings Felipe VI and Doña Letizia will receive you, but we will tell you the most curious stories of the kings of Spain.

Royal Theater of Madrid
We will continue touring the streets until we reach the Teatro Real, Madrid's opera house. It was inaugurated in 1850 by Isabel II with the opera La favorita by Gaetano Donizetti. Although beyond the best opera singers in the world, the one you would like to see on stage (and me too), is Boris Johnson reciting Homer's Iliad in ancient Greek. Johnson studied Classics at Oxford and recites this classic when he is in trouble or stressed. There are ways to relax for all tastes and Boris's seems very interesting to us (he also relaxes going out to party, but his schedule did not allow him to enjoy the Madrid night).

Santa Cruz Palace
Very close to the Plaza Mayor is this palace, which in its day was the first Jail of the Villa de Madrid and today is the headquarters of the Spanish Ministry of Foreign Affairs, European Union and Cooperation.

Prado Museum and official photo
We will continue touring the most stately streets of Madrid to leave you time so that you can continue with your official agenda or you can enjoy the jewels of the Prado Museum and have the opportunity to talk face to face with Velázquez as Joe Biden himself and his granddaughters ( yes, you can go in tracksuit too).

Remember, that it is not allowed to take photographs inside the Prado Museum (we can make you feel like a Prime Minister or like the President of the United States, but we believe that the security of the Museum will not agree so much on this point).

Enjoy the best art gallery in the world and let yourself be carried away by its exciting oil paintings as Johnson, Macron or Trudeau have done.

Or take the opportunity to sit down to rest and chat with your friends surrounded by works of art like Ursula von der Leyen.

Do not forget to take the flag of the country you represent to finish the Free Tour with the official photo as a NATO member or guest country.

Note : To avoid diplomatic conflicts, the Free Tour will not approach the Embassy of the Russian Federation in Madrid at any time. 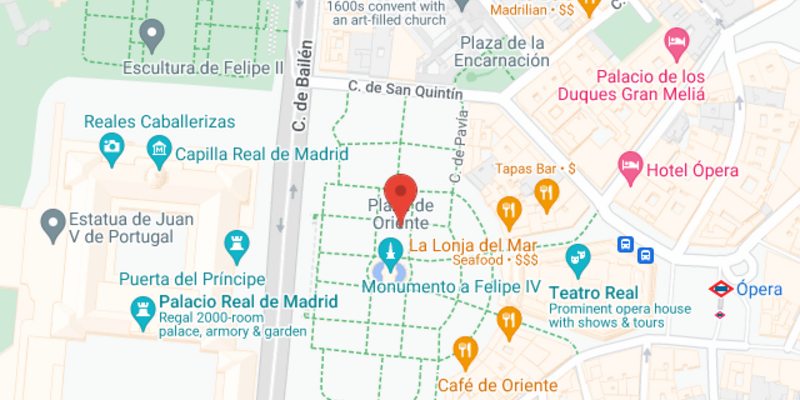 Minimum of attendees
There is no minimum number of people required for the tour.
Additional costs:
The tour does not require the payment of entrance fees or additional expenses.
Free cancellation
If you will not be able to attend the tour, please cancel your booking, otherwise the guide will be waiting for you.
Free tours
Spain
Free walking tours in Madrid