Do you like to travel and know the cities like a local? If so, we are your company. Granada tours is made of local and official guides who love to show and guide people in their city. The team is set up with different guides who has studied from tourism to history or art history. We have design tours in the way that you can get to know Granada in the best way and affordable for everybody. Thus, we have 3 different tours to offer: Free Walking Monumental tour (downtown), Realejo Free tour (old Jewish quarter) and Open-Air tour of the Alhambra. Therefore, with these 3 tours you will leave Granada with the sensation of a complete vision of it, not only because of the tour but also because we are going to give you the tips about where to eat, where to go and what to visit.

Under the watchful eye of the Alhambra, at the foot of this palace-fortress stands a Granada neighborhood of narrow alleyways and millenary secrets, in which the Jewish, Christian and Muslim communities lived together. It is the neighborhood of Realejo-San Matías. Our walk will allow us to know architectural jewels such as the Corral del Carbon, the only Nasrid alhondiga fully preserved in Spain. We will continue the tour along with other prominent monuments such as the stately Bibataubin Palace, which dates back to the 18th century. Strolling through the neighborhood we will also reach the House of Shots, whose name is due to some curious artillery pieces located in its frontispiece. We will also approach other important historical vestiges of the Realejo neighborhood, such as the Royal Fourth of Santo Domingo: a beautiful palatial monument dating back to the medieval era of the Almohad Muslims. We will finish this free guided tour next to the sculpture of Isabel la Católica receiving in audience the admiral of the Ocean Sea and discoverer of the New World, Don Cristóbal Colón. 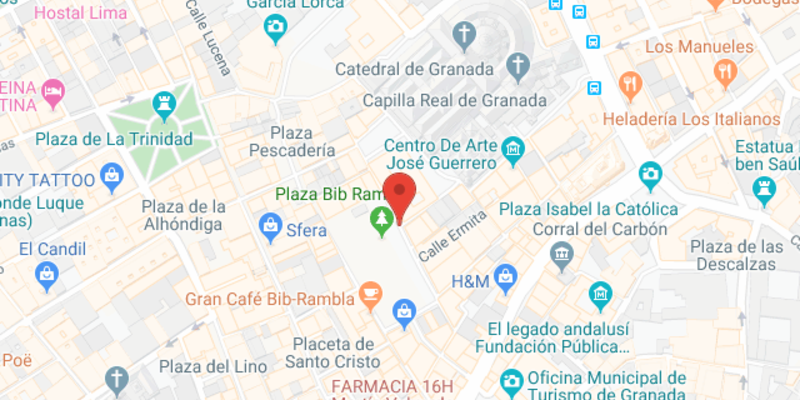 Free cancellation
If you will not be able to attend the tour, please cancel your booking, otherwise the guide will be waiting for you.
Free tours
Spain
Free walking tours in Granada
When do you want to go?
Sun
Mon
Tue
Wed
Thu
Fri
Sat
Show more 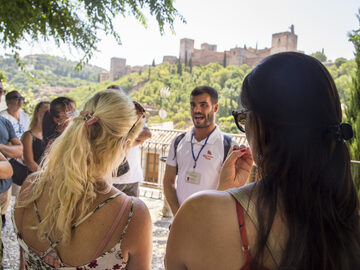 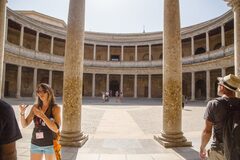 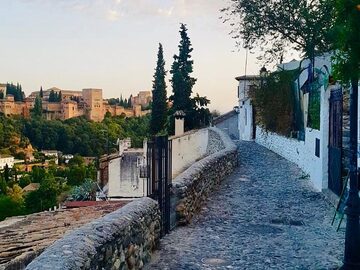