Enjoying my work as a guide because most intresting thing about my profession is meeting with the people from all over the world.Being a guide I love to take initiative to make my Guest feel comfortable and let them know about our Religion, people's opinion and as well know about there religion and tradition.Recieving people from every corner of the world with warm welcome a... More

Enjoying my work as a guide because most intresting thing about my profession is meeting with the people from all over the world.Being a guide I love to take initiative to make my Guest feel comfortable and let them know about our Religion, people's opinion and as well know about there religion and tradition.Recieving people from every corner of the world with warm welcome as a guest to India and say them bye as a good friend is my quality.

This one is especially for all the fitness freaks out there! Learn a millennia-old Indian traditional wrestling form of Kushti with one of its most fervent hobbyists, in a 400-year old functional Akhara. Participate in the natural exercise routines involving Indian style dand push-ups, climbing ropes on a tree, swinging maces and more! Also, understand the diet regimen of the Pehelwans, and witness (or even participate in!) a bout of wrestling

As the sun sets we’ll head off to one of the most iconic ghats where we’ll witness and photograph a ritual never to be forgotten: The Evening Aarti on the river Ganges. Photograph throngs of worshipers – faith and devotion writ large on their faces – as they watch a group of young priests perform an elaborate ritual in worship of the holy river. This is a ritual that has remained unchanged since time immemorial; take our word for it – it will remain etched in your memory as an experience that you will never ever forget.

Up before the crack of dawn, we head off to the river ghats where your Varansi Photography Tour leader briefs the boatsman just where exactly we need to be to get the best shots. Hop in and away we go, the boatman puts the pedal to the metal (or should we say “oar to water”?) as he fights the current. Dawn is just about… well, dawning, and the sky is a deep blue with traces of pink as you go about making images of the river and the rows of boats on it that seem to stretch into the yonder.

And then something magical comes to pass: Almost on cue, a conch sounds from somewhere on the banks, the sound reflecting what Hindus believe to be the primordial sound that heralded the very birth of the universe. There is the unmistakable peal of bells from the as the sun crests the horizon. It’s the beginning of a new day – a day of renewal – and that is the very Rhythm of the Cosmos, the very essence of Life itself. Nowhere is it so evident – and celebrated – as it is in Varanasi.

We’ll continue to row down the Ganges, making photographs from our boat of the devotees bathing in the river and life as it unfolds on the ghats. To say you will be moved is an understatement. You will be rocked – to your very core – at the spectacle that unfolds before your eyes. As the sun climbs higher, we do what all good photographers do: head back to our hotel for breakfast. Post lunch we head to the vicinity of the ghats again, exploring the labyrinth of narrow streets and indulging in some serious street photography.

At sundown we return to the ghats to make images of the Ganga Aarti again. The previous evening’s shoot will have familiarized you with the event enough to enable you to plan and make any shots you may have missed. 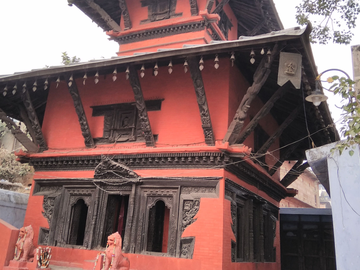 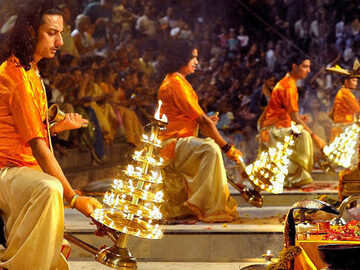 Taste The Food Of Benares On A Walking Tour ! 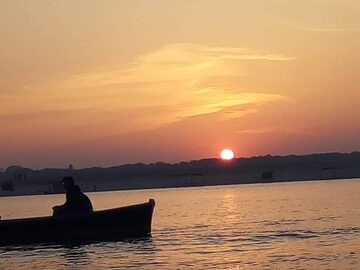