Ayu-bo-wan!!! Which means you can live a long time and is our traditional way of welcoming anyone to Sri Lanka, our home and when they first meet you. I am Premil Shasendra and I work as an Independent National Tour Guide. I am also on TripAdvisor in Sri Lanka for many years. I have completed a diploma in tourism and orienteering under the Sri Lanka Tourism Board and have qualified and have a license as a national guide. I specialize in managing group tours and have extensive knowledge of archeological sites, history, culture, flora and fauna, bird watching, camping, biking, trekking, climbing, etc. I can also arrange your transportation in Sri Lanka (cars/vans/coaches) and hotel reservations (depending on star rating or accommodation style - boutique/villas/bungalows/guesthouses) with access to special and negotiated rates. Are you looking for a guide who knows the country by heart, who is honest, flexible, responsible, a good driver, dynamic and intelligent? Then contact me so that I can show you my country in the best possible way! As soon as you land in Sri Lanka, you will be in good hands and you will be looked after by a friendly, smiling and caring professional guide.

We bring you the best personalized city tour in Colombo with our enthusiastic guide. we covered the Colombo lighthouse, the prison cell of the last Sri Lankan king, the lighthouse with the clock tower designed by Lady Ward (built before Big Ben in London), the Galle promenade with WWII cannons World and Old Parliament, southern expanse of Colombo Harbor and Dutch Hospital, York Street with vestiges of British colonial architecture, Slave Island area, famous Hindu Kovil with uniquely carved gopuram, picturesque Lake Beira in the heart of the city, the War Memorial, the Public Library, the National Museum, Nelum Pokuna Theater, Vihara Mahadevi Park, Colombo City Hall, Independence Square, BMICH, Gangaramaya Buddhist Temple and many other historical and important monuments and places that make up an interesting tapestry of life within Colombo city limits What is included - Snacks / bottles of water / free wi-fi What is not included Entrance tickets (unless specified check otherwise). Camera / video permits, counseling, transportation, bedding excluded. 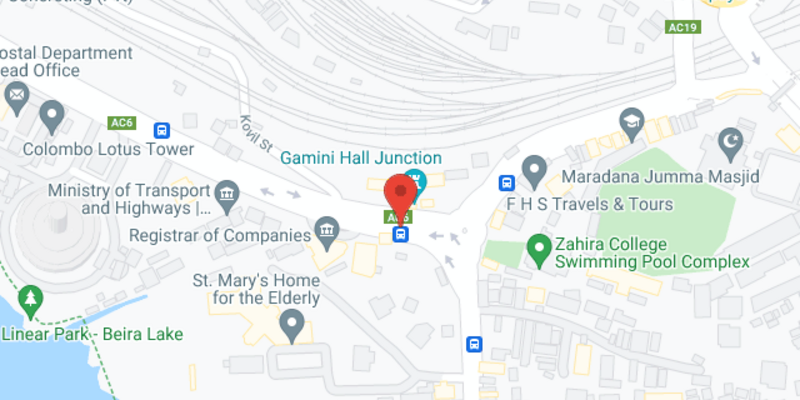 Premil is a nice Chap and a Knowledgeable guide, I can recommend the tour with him!

Premil was a very nice guide who welcomed us into the Singhalese culture. We walked around for 4 hours in Colombo and visited some temples. Premil explained a lot and ...

Premil is a nice Chap and a Knowledgeable guide, I can recommend the tour with him!

Minimum of attendees
A minimum of 4 people is required for the tour.
Additional costs:
The tour requires the payment of entrance fees or additional expenses.
Free cancellation
If you will not be able to attend the tour, please cancel your booking, otherwise the guide will be waiting for you.
Free tours
Sri Lanka
Free walking tours in Colombo
When do you want to go?
Sun
Mon
Tue
Wed
Thu
Fri
Sat
Show more

Others cities to visit after Colombo