Hello, my name is Dani and I am an accredited tour guide from Cádiz, I have a lot of experience working in the sector, but above all I am in love with this little corner of the South, I would love to show you ...

Cheer up and we are going for a walk through the oldest city in the West, know its corners, the narrow streets, the gastronomy, the charm of its people ... in short, come have a good time. We propose two complementary visits (outdoors), which we will carry out in the morning and another route in the afternoon. Morning visit. We will walk through the oldest and most popular areas of the city: (11:00 am) - Plaza de San Juan de Dios (Town Hall) - Barrio del Pópulo (entrance to the Roman Theater according to schedules) - Casa del Almirante - Catedral "Vieja" - Plaza de la Catedral "Nueva" - Plaza de las Flores - Central Market - Barrio de la Viña - Playa de la Caleta Afternoon visit. The route will focus on Cádiz from the 17th to 19th centuries, a period of splendor thanks to trade with America that will have its great moment in the Cádiz Constitution of 1812, better known as "la Pepa". (4:00 p.m. and 7:00 p.m.) - Plaza de San Juan de Dios (Town Hall) - Plaza de Candelaria - Calle Ancha - Plaza de San Antonio - Oratorio de San Felipe Neri - Gran Teatro Falla - Plaza del Mentidero - Alameda Apodaca - Plaza Mina - Plaza de España (Monument to the Constitution of 1812) 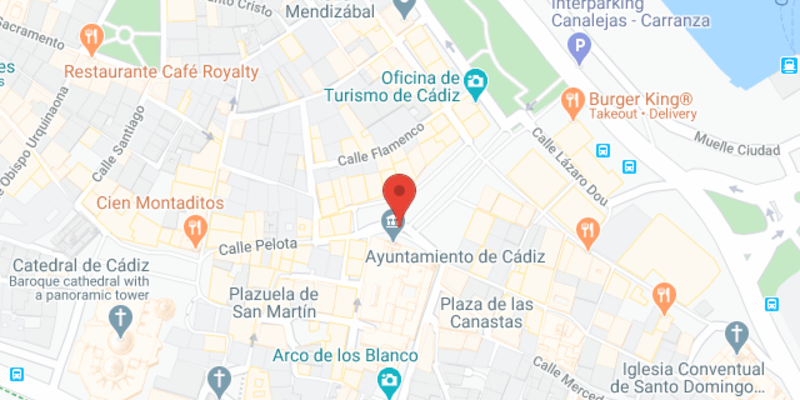 Minimum of attendees
There is no minimum number of people required for the tour.
Additional costs:
The tour does not require the payment of entrance fees or additional expenses.
Free cancellation
If you will not be able to attend the tour, please cancel your booking, otherwise the guide will be waiting for you.
Free tours
Spain
Free walking tours in Cádiz
When do you want to go?
Sun
Mon
Tue
Wed
Thu
Fri
Sat
Show more

Others cities to visit after Cádiz