Hi, I'm Javi, I have a degree in History, a senior technician in Tourist Guide, Information and Assistance and an official guide. Throughout time I have worked as an archaeologist and tour guide in the Czech Republic, Castilla y León and Asturias. I love History, Art and, of course, my city: Oviedo.

Oviedo is a city with more than 1,200 years of history that treasures an important cultural, historical and artistic heritage. From its origins, during the period of the Asturian monarchy, until the present time, it has been the capital of a kingdom, a place of pilgrimage, the setting for novels, series and films, it has suffered conflicts and epidemics, destruction and reconstruction. Place of secular celebrations and festivals, its buildings, traditions and gastronomy reflect this rich past. Its corners hide curiosities and anecdotes that are waiting to be told. Come with me through its streets and squares. The heroic city, cut in a distant century, as defined by Clarín, awaits you. Along the way we will see: - Town Hall Square. - Plaza del Fontán. - Trascorrales Square. - Cimadevilla Street. - Plaza de Riego and historic building of the University. - Plaza de la Escandalera and exterior of the Campoamor theater. - Surroundings of the Cathedral of San Salvador and the old monastery of San Vicente (current Archaeological Museum). 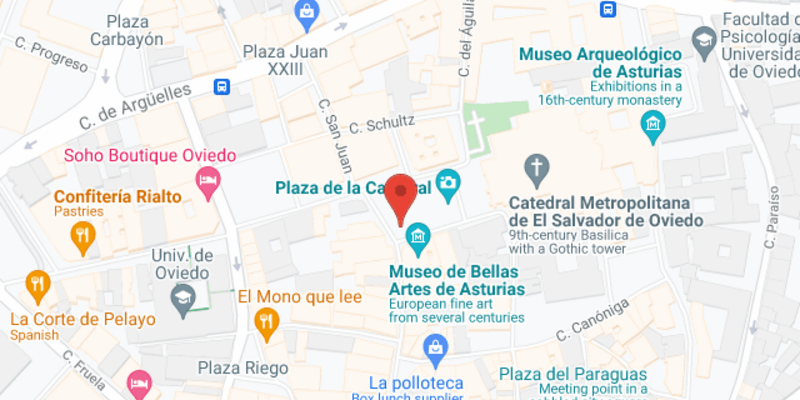 Free cancellation
If you will not be able to attend the tour, please cancel your booking, otherwise the guide will be waiting for you.
Free tours
Spain
Free walking tours in Oviedo
When do you want to go?
Sun
Mon
Tue
Wed
Thu
Fri
Sat
Show more

Others cities to visit after Oviedo