We love sharing our knowledge of the city with visitors and tourists from all over the world. When we walk with travelers and we begin to tell all the stories and anecdotes that we find in each corner, it is very satisfying for us. We enjoy teaching our city to everyone and we also share experiences and learn things from each of the places on the planet as travelers end up telling us about their places of origin.

Ronda is a city that allows you to enjoy its charms at all times. In our free tour we want to offer you the city in a different way than many are used to seeing it. We mix a visit where you will get to know part of the modern area of the city together with the old part of the city.

Our tour will depart from Plaza de España heading to the Alameda del Tajo where you will see the famous balcony of the pussy. From there we will cross the Alameda, walking through the main gate of the Ronda bullring, seeing some of its characteristics and peculiarities. From the main gate we will go to the main square of the city, the Plaza del Socorro where we will be able to see the represented symbols of Andalusia. From there we will access one of the most picturesque places from where we will be able to contemplate the city's monument: the Gardens of Cuenca . Here we can also see one of the most impressive palaces in the city: the palace of the Moorish King.
Later, once we go down the entire area of the gardens, we will be able to contemplate the beauty of Ronda from its old bridge and where we will access the historic center of the city.
Useful information:
The maximum number of people per group is 6 (including children); For reservations of a greater number of people, consult for a private tour. 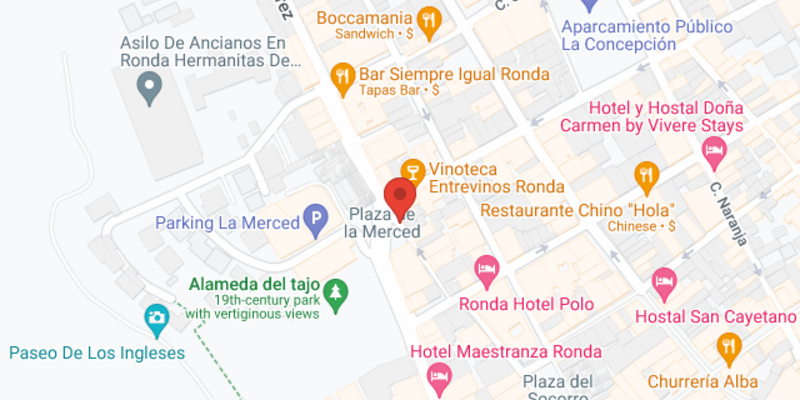 Free cancellation
If you will not be able to attend the tour, please cancel your booking, otherwise the guide will be waiting for you.
Free tours
Spain
Free walking tours in Ronda
When do you want to go?
Sun
Mon
Tue
Wed
Thu
Fri
Sat
Show more 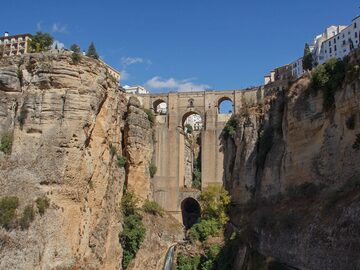 Others cities to visit after Ronda