Free Tour Mallorca we are a young Mallorcan family business, we are official guides of the Balearic Islands, we have always been passionate about studying the ancient history of our islands, their traditions, customs, their people, and of course, enjoying all of them. For us it is a pleasure to be able to share our knowledge with all those visitors who are interested in knowing and learning a little about the ancestral history of our land, our culture, folklore, gastronomy and the particular way that Majorcans have to live life. We do not cease in the effort to improve every day to offer our customers a high quality product, a close and personalized service, showing them what the authentic Mallorca is like, without large crowds, with small groups, in a much more familiar and pleasant format , nothing to do with the massive tours organized by the big tour operators. For us it would be a real pleasure to spend a fun day out with you. See you in Mallorca !!!

"May 6, 1691. Palma de Mallorca attends the third trial of faith against a group of 88 neighbors accused of performing Judaizing practices. 30,000 people from all over the island crowd around the convent of Santo Domingo to witness a terrible spectacle. Three of the accused are going to be burned alive at the stake..." Travel with us in time to a dark era, a time where a tremendous religious fervor, unleashed an unusual hatred towards a community considered always cursed by the vast majority of the population, subjected to a savage repression, the Jews of Mallorca left a cultural, gastronomic and architectural heritage that will endure forever in our hearts. We will discover the most unique places in the city, where Jews and converts from Palma left their mark, remains, marks and symbols will accompany us during the tour, a fascinating story to the deepest roots of all Mallorcans. The Call Major. This term, Call, was used to refer to the medieval Jewish quarter of Palma. It was from 1300 onwards that the Jewish community moved to the Call Major, as they had previously lived in two other quarters: the old Roman city, in the Call de la Almudaina, and in the Callet. The Call Major occupies the northeastern quadrant of the medieval city and the Hebrews were obliged to spend the night and live there, but not to work there. Despite the fact that the Jewish community officially disappeared in 1434, when it was definitively forced to convert to Christianity, Judaism did not disappear from Mallorca, thanks to those who persevered. Their descendants were known as Xuetas, who were persecuted (sometimes sentenced to death) by the Inquisition and suffered social exclusion until well into the 20th century. We will begin our guided tour in the Plaza de Cort, and start the walk through the old town. During the Middle Ages, in this central part of the Balearic capital, the old Jewish quarters of Palma de Mallorca were located. What was the life of the Jewish population in this area of the Kingdom of Aragon like? What cultural legacy did they leave us? We will begin to answer these questions on our route through the old aljama. The Jews resided in the so-called "call", formed by narrow streets that still survive today: Sòl street, Monte-Sion street... In this last one we will stop in front of the church of Monte Sion. Its name of Jewish origin is not by chance, as the temple stands on an ancient synagogue. In the fifteenth century the Jews were expelled from the Christian kingdoms (including Aragon, to which the Balearic archipelago belonged). From then on, the so-called Xuetes, descendants of the converted Jews, emerged. During the tour, we will appreciate how the influence of this group is still evident in the culture of Palma de Mallorca. We will finish the route in the vicinity of the Cathedral of Santa Maria de Mallorca. 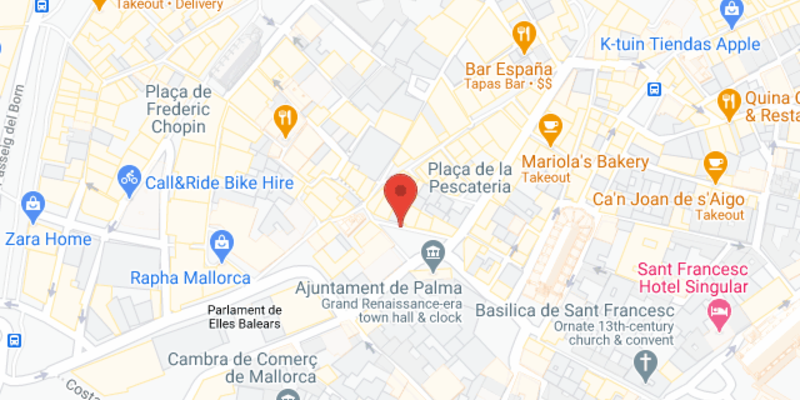 Free cancellation
If you will not be able to attend the tour, please cancel your booking, otherwise the guide will be waiting for you.
Free tours
Spain
Free walking tours in Palma de Mallorca
When do you want to go?
Sun
Mon
Tue
Wed
Thu
Fri
Sat
Show more 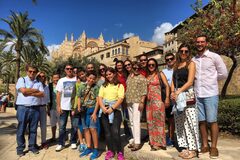 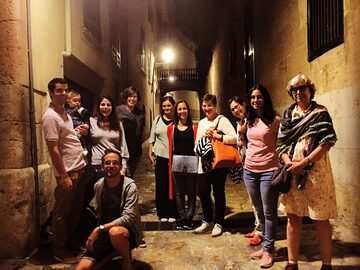 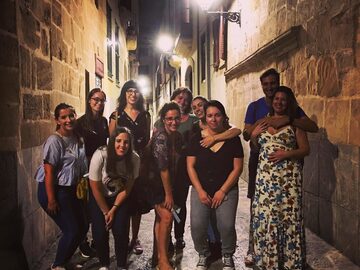 51 ratings
4.7
NEW-Mysteries and legends of Palma - A fascinating story
2h 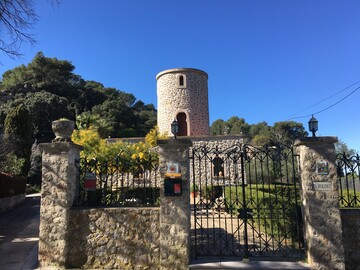 7 ratings
4.7
NEW-Free Tour through Valldemossa "The most beautiful place in the world"
2h 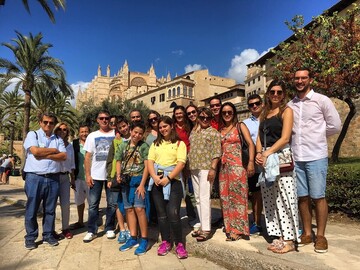 Others cities to visit after Palma de Mallorca