Free Tour of the historic center of Potsdam

In past centuries Potsdam was considered one of the most important Prussian cities. Today, surrounded by 19 lakes and the picturesque river Havel surprises the visitors with history, breathtaking Sanssouci Palaces and numerous gardens and parks.

The damages caused by the allied bombings in 1945 and the subsequent Potsdam Conference  held in the city straight after the war, have completely changed its character. During the guided tour of  2.5  hours, we will delve into this fascinating history of ancient splendor, the destruction during the war and the impressive reconstruction in the German reunification era.
Our tour starts Am Alten Markt square next to the 16 m high obelisk devoted to the 4 brilliant Prussian architects, next to the representative St. Nicholas Church (St. Nikolaikirche).This is where we will learn about the Hohenzollern dynasty, under which the city flourished in culture, art, and architecture. Afterwards, we will continue covering the most important points, such as Saint Peters and Paul’s Church, enchanting Dutch Quarter, Brandenburger Street and some historic city gates. We will talk about famous habitants of Potsdam: Voltaire, Humboldt and Einstein. The tour concludes in front of the emblematic Sanssouci Palaces – a great symbol of the affection for art, architecture and nature of its founder Prussian King Frederic the Great. 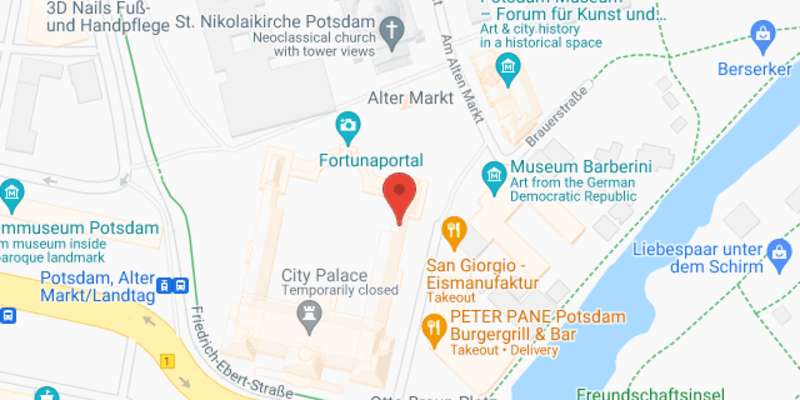 Mariana 08 Dec 2022
Lisbon
Verified booking
Travelled in couple - Dec 2022
The guide was super nice and friendly. He knew a lot about the history of the places we visit and told us in the most exited and fun way possible. It was a really good class about postdam and German history.
Show 98 reviews

Minimum of attendees
A minimum of 4 people is required for the tour.
Free cancellation
If you will not be able to attend the tour, please cancel your booking, otherwise the guide will be waiting for you.
Free tours
Germany
Free walking tours in Potsdam
When do you want to go?
Sun
Mon
Tue
Wed
Thu
Fri
Sat
Show more

Others cities to visit after Potsdam