Free Tour through the old town of Kutná Hora

Located 1 hour drive from Prague , Kutná Hor a is considered one of the most beautiful and charming Czech cities.
Its history is inextricably linked to the extraction of silver ore , which contributed significantly over the centuries to the power and wealth of the Kingdom of Bohemia.
During our free tour we will discover the fascinating heritage of the old town included in the UNESCO World Cultural Heritage List. Our tour starts at the main square Palackeho Namesti in front of the city map next to the drinking water fountain. During the pleasant walk through the medieval streets we will admire the Vlassky dvur (Italian Courtyard) , a fortified castle formerly used as a royal mint and treasure, the magnificent Church of Santiago with an impressive 86 meter high tower and the fortified building of the called Hradek, today the Czech Silver Museum .
The highlight of the tour is the huge baroque Jesuit college and the Cathedral of Santa Barbara , one of the most impressive Gothic buildings in the country. On the way back we will discover other notable examples of Gothic art such as: the Fuente de Piedra (an important part of the medieval water distribution system) and the Casa de Piedra (one of the most valuable bourgeois residences in the city). The tour concludes in the main square.
From there, you can explore the city on your own by enjoying the many museums or pausing at a local tavern for a traditional Czech meal and delicious beer. 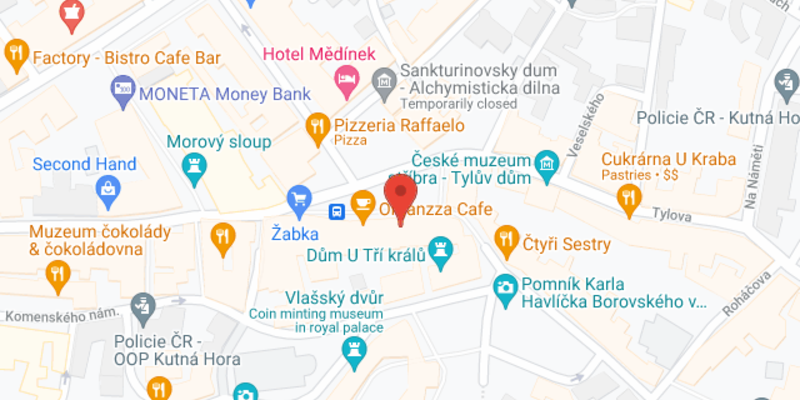 This guru has 1426 reviews in other tours.

Free cancellation
If you will not be able to attend the tour, please cancel your booking, otherwise the guide will be waiting for you.
Free tours
Czech Republic
Free walking tours in Kutna Hora
When do you want to go?
Sun
Mon
Tue
Wed
Thu
Fri
Sat
Show more

Others cities to visit after Kutna Hora