Legends Free Walking Tours offer free tours, private tours and other activities, operating in Bruges, Ghent and Antwerp. From its foundation in 2015, the Legends team has guided tens of thousands of tourists through both cities thanks to the work of its more than 20 experienced local tour guides, who strive every day to provide a quality service to maximize the customer satisfaction. For this reason Legends Free Walking Tours is the best rated tour company on TripAdvisor, with more than 5000 very positive reviews.

Get to know the more hidden and enigmatic face of the old town of Ghent with this free tour of mysteries, legends and curiosities through the beautiful birthplace of Charles V.

Ghent is a beautiful city where echoes of the past still remain. Its medieval skyline can be best observed from the Saint Michael's bridge, where we will start the tour. After a brief introduction to the origins of the city, we'll head to the Graslei wharf, the old harbour of medieval Ghent.

Following the banks that mark the channels of the River Lys, we will arrive at the Appelbrugparkje to learn how those sentenced to death spent their last hours. Very close we will see the Hoofdbrug, also called “decapitation bridge”. From this place we will enjoy excellent views of the Gravensteen , the castle of the counts of Ghent.

Our next stop on this free tour takes us to the remains of the old Royal Palace where Charles V was born. After the rebellious people of Ghent came into conflict with him, he punished the city so severely that the city was never the same. The most powerful man in Europe in the 16th century will be the protagonist of several legends and curiosities that we will reveal to you during the tour.

The next stop is the old Augustine monastery, where we will tell you the bloody history of religious repression in Ghent, when the King of Spain, Felipe II, and his right hand, the Duke of Alba, fought against the rise of Protestantism in the provinces of the Netherlands.

Finally, we will conclude the tour in Patershol, one of the most beautiful medieval neighborhoods in Ghent, with some final tales of history and folklore...

We will see you soon! 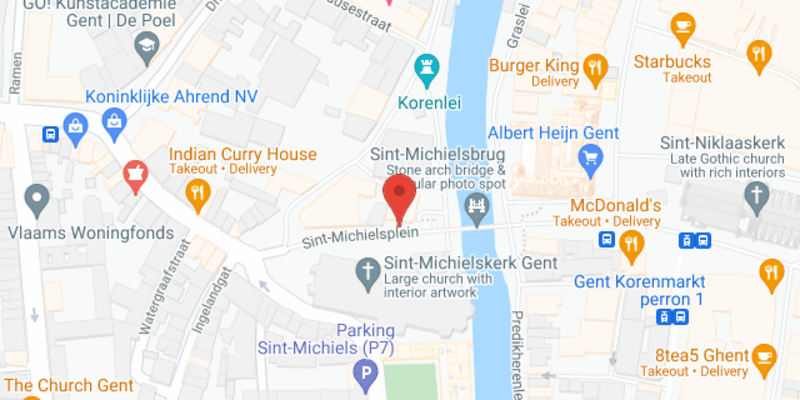 Krijno 29 Jan 2023
Valburg
Verified booking
Travelled in couple - Jan 2023
A very interesting nightwalk just outside the centre of Gent learns you a lot about the history of what you see.

A very interesting nightwalk just outside the centre of Gent learns you a lot about the history of what you see.