I am Ger, a graduate in History and Official Guide of the Region of Murcia since 2011. Throughout this time, I have been linked to museums in the city such as the Archaeological, the Cathedral, Fine Arts or San Juan de Dios, among others. And in all these experiences, I have always liked to value Murcia based on the surprise that we arouse in those who visit us. Do you let yourself be surprised?

Murcia, that great unknown, which at first glance has the largest Cathedral Tower in Spain after Seville, was protected by the most impressive medieval walls in southern Spain or was the destination of the heart of the Wise King after his death as a symbol of the love he had for the city. Just as Alfonso X El Sabio loved Murcia, we want you too to let yourself be conquered by the city at every step, beginning our tour in front of the sculpture of El Sabio, to enter the Convent of Las Claras , passing through places like the Plaza de Santo Domingo or Casino , to reach the Cathedral of Murcia, whose façade is considered one of the best in the Mediterranean in its Baroque style. Our steps will take us to the Monumental Complex of San Juan de Dios , which houses among its jewels, the private mosque of the Wolf King or the pantheon of his family. Finally, after passing through the Plaza del Ayuntamiento we will say goodbye in the Plaza de las Flores where you can continue enjoying another Murcia, in this case gastronomy, which is undoubtedly another art. 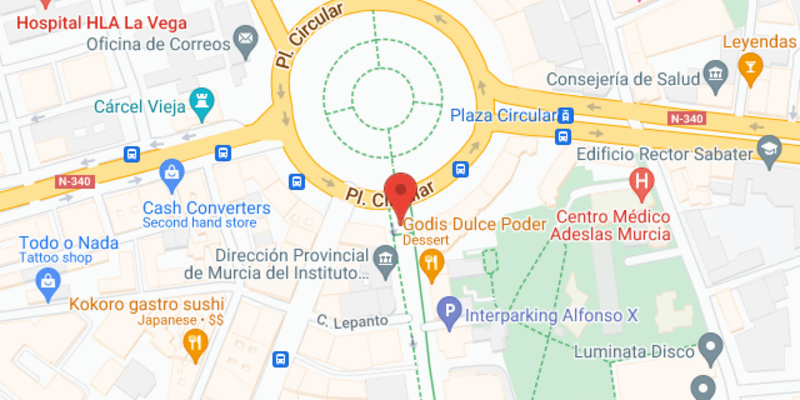 Minimum of attendees
There is no minimum number of people required for the tour.
Additional costs:
The tour does not require the payment of entrance fees or additional expenses.
Free cancellation
If you will not be able to attend the tour, please cancel your booking, otherwise the guide will be waiting for you.
Free tours
Spain
Free walking tours in Murcia
When do you want to go?
Sun
Mon
Tue
Wed
Thu
Fri
Sat
Show more

Others cities to visit after Murcia