Francisco de Goya y Lucientes was one of the most influential and recognized painters in the history of universal painting. Although he was circumstantially born in Fuendetodos, a small town in the province, he always considered himself to be from Zaragoza, he spent all his childhood and youth in our city and there he learned the art of painting.

Court painter to four kings of Spain (Carlos III, Carlos IV, José I and Fernando VII), he lived in Madrid from the age of 28, where his most famous works adorn the walls of the Prado Museum. At the end of his life, he died in the French city of Bordeaux. However, Zaragoza has a collection of more than 70 of his works, which represent all his periods (youth in Zaragoza, maturity in Madrid and old age in Bordeaux), distributed among various spaces.

We will start the tour at the monument dedicated to the painter , in the Plaza de las Catedrales, where his funerary cenotaph is also preserved. Later, in the Cathedral Basilica del Pilar we will admire the famous Regina Martyrum dome, among other minor works.

Our next stop will be the Goya Museum, which houses 20 canvases and the world's only complete collection of Goyesque prints (the series Copies of Paintings by Velázquez, Caprichos, Disasters of War, Bullfighting, Nonsense and Bulls of Bordeaux ).

After passing through the only preserved house where Goya lived in Zaragoza, we will arrive at the Museum of Fine Arts, where more than 40 works of different formats and importance are exhibited , in addition to the famous bust of Benlliure that represents the Aragonese genius.

In all these spaces we can contemplate magnificent portraits of famous people, religious works, sketches of famous works and paintings for personal and family use . In addition, we will be able to contextualize Goya's works with others by his teacher José Luzán, his contemporaries Francisco and Ramón Bayéu, Tiepolo, Giaquinto, Mengs and Maella, among others. 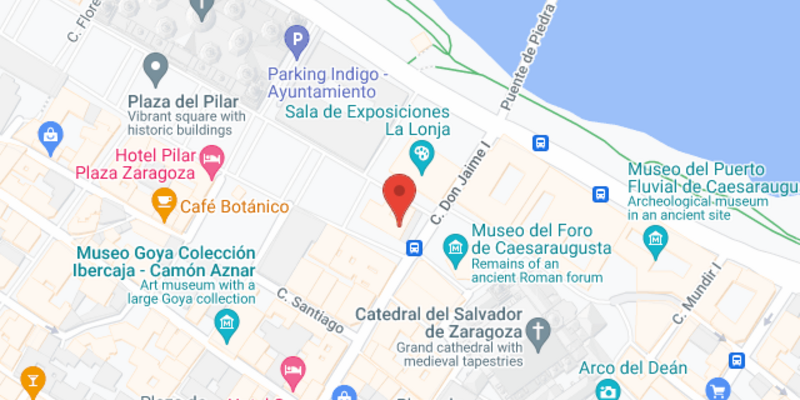 Minimum of attendees
There is no minimum number of people required for the tour.
Additional costs:
The tour requires the payment of entrance fees or additional expenses.
Free cancellation
If you will not be able to attend the tour, please cancel your booking, otherwise the guide will be waiting for you.
Free tours
Spain
Free walking tours in Zaragoza
When do you want to go?
Sun
Mon
Tue
Wed
Thu
Fri
Sat
Show more 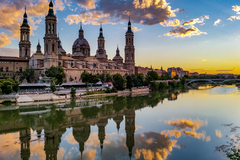 71 ratings
4.9
Visit of the Historic Center of Zaragoza with Javier
2h 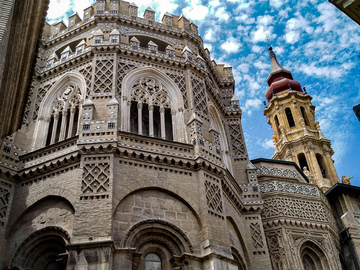 15 ratings
5.0
Guided tour of the cathedrals of Zaragoza
2h