On this night visit you will tour one of the great historic neighborhoods of Granada at nightfall, the Albaicín .

The Albaicín is the neighborhood with the most history in Granada . Its beauty at nightfall is unmatched. Its narrow cobbled streets, the Cármenes (the only house in the world resulting from the union of Christian and Muslim cultures), the Mudejar churches , the cisterns or the Mirador de San Nicolás from which to see the Alhambra illuminated.

Our Albaicín night Free Tour begins in the Plaza de Santa Ana. From there the tour enters the alleys of the Albaicín as night falls, passing through different cármenes, viewpoints or the House of Enrique Morente. The route also passes through the fantastic viewpoint of San Nicolás, from where you can take incredible photographs. They will also go through one of the most elegant and beautiful races in the world, next to the Darro River. 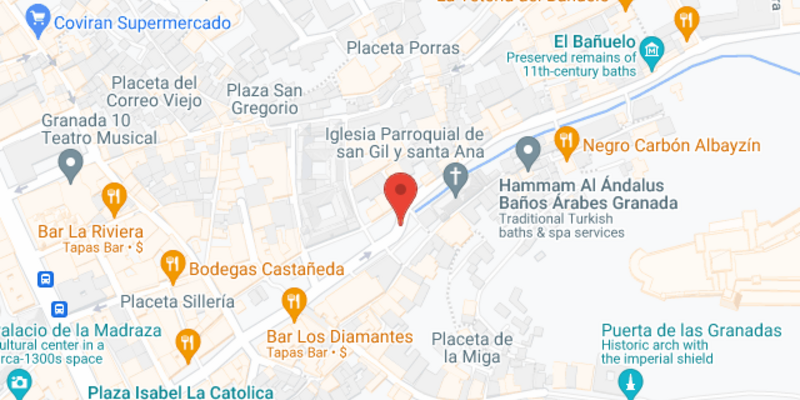 Minimum of attendees
There is no minimum number of people required for the tour.
Additional costs:
The tour does not require the payment of entrance fees or additional expenses.
Free cancellation
If you will not be able to attend the tour, please cancel your booking, otherwise the guide will be waiting for you.
Free tours
Spain
Free walking tours in Granada