Ah, Paris, the capital of elegance, chic, love, art and science. Its architecture and ambiance are truly iconic, and its people famous for their achievements and... sense of pride.

The city rose from its humble beginnings as a marshland settlement, became a Roman colony, seat of the early Frankish monarchs to finally set trends as the biggest medieval city in Europe. Home to many revolts and societal changes, it evolved as the capital of the free thinkers and... the most famous revolution changing the political landscape of the western civilization forever. With its final overdo in the 19th century, its elegant boulevards became a go-to model for many other cities. Today, Paris retains many of its fortes, adding a spice of modernity.

All this can get a little overwhelming, so why not have a helping hand while diving in? Walkative will grant you that and much more, with our local guides taking you on a fascinating journey through Paris most important monuments and histories, including: 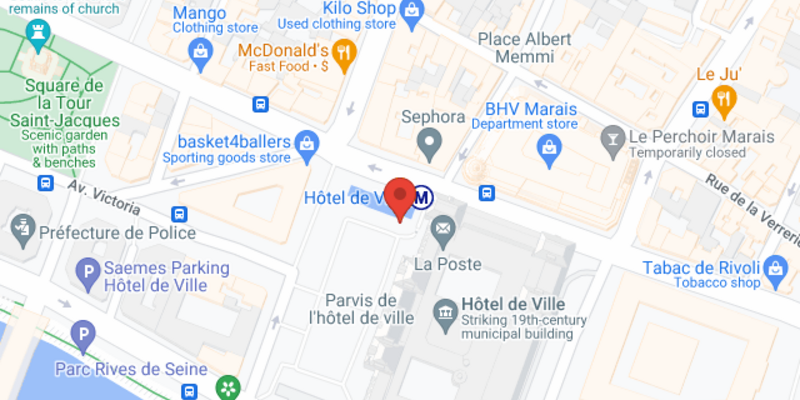 Paul 23 Jan 2023
Verified booking
Travelled in couple - Jan 2023
Very informative and interesting tour! We did the tour on a very cold day but Eve was very professional when she must have been very cold! Took us round the island, Notre Dame and over to Louvre.

Lachlan 20 Jan 2023
Birmingham
Verified booking
Travelled in couple - Jan 2023
Really enjoyed the tour, a nice easy pace with some interesting history, showing how the city has grown and evolved and helped to get some bearings when visiting. Well worth it.

Very informative and interesting tour! We did the tour on a very cold day but Eve was very professional when she must have been very cold! Took us round the island, Notre Dame and over to Louvre.

Minimum of attendees
There is no minimum number of people required for the tour.
Additional costs:
The tour does not require the payment of entrance fees or additional expenses.
Free cancellation
If you will not be able to attend the tour, please cancel your booking, otherwise the guide will be waiting for you.
Payment methods
Electronic or credit card payment is accepted.
Free tours
France
Free walking tours in Paris
When do you want to go?
Sun
Mon
Tue
Wed
Thu
Fri
Sat
Show more