A tour of the Candelaria, magical center of Colombia.

I am a professional musician and cultural and tourism consultant in Colombia.

In the tour you will be able to know the main museums of Bogotá in the town of La Candelaria, which is the historic center of Bogotá, such as the Gold Museum, Botero Museum, the Santa Clara Museum, the Plaza de Bolivar and its cathedral primada .

Its streets will show us the architecture, art and culture of the Colombian capital, there we will be able to appreciate, among other edicifaciones, the house of Juklio 20, where the Independence Groupe of Colombia, the Mayor of Bogotá, the Palace of Justice began and its history, the Congress of the Republic.

You can taste an excellent dish of food such as ajiaco, which is a gastronomic reference of our Colombian capital.

You can also visit the Military Museum of Colombia, Casa Quinta Museum of Bolívar, Museum of Regional Costumes, National Museum, Archaeological Museum, depending on the duration of the tour that can go between two and four hours. 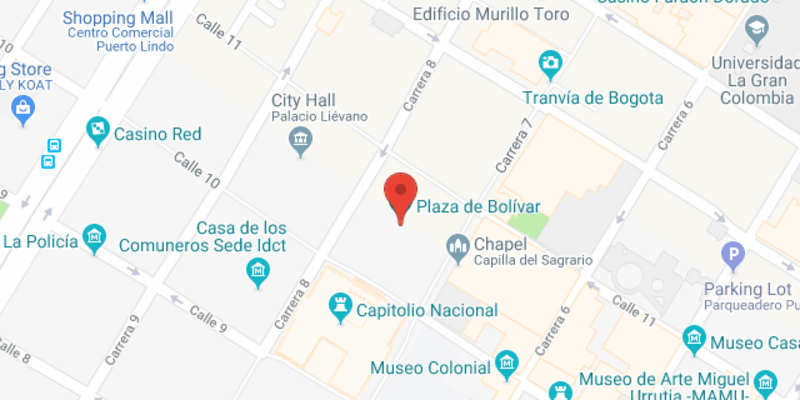 Free cancellation
If you will not be able to attend the tour, please cancel your booking, otherwise the guide will be waiting for you.
Free tours
Colombia
Free walking tours in Bogotá
When do you want to go?
Sun
Mon
Tue
Wed
Thu
Fri
Sat
Show more

Others cities to visit after Bogotá