Welcome to the home of the only regular Brighton Free Tours with a born and bred Brightonian with 480 years of Brighton ancestry. Many tours charge in advance without you knowing if they are worth the price. At Real Brighton Tours you don't have to worry. At the end of your free-to-pay Brighton Walking Tour, you choose how much you think the tour is worth and you choose whether you want to pay for it. What's more, a portion of whatever you give will go to a local homeless charity. You'll be shown around the city with our Brighton-born and raised guide Nat on a tour that is a far cry from boring history classes and will appeal to locals and tourists alike. Book now to guarantee your place!

Join a born and bred Brightonian with 480 of Brighton ancestry on a tour where a percentage of tips even goes to a local homeless charity.

The Free Murder Tour challenges you to investigate a time when Brighton was known as the 'Queen of Killing Places '. Can you follow the trail of the murderer when the body no longer exists? Would a woman confess to a murder she never committed? Could a calculated poison wave be the act of a mad person? Learn why you should visit an execution, how to avoid being sentenced to death, and why it's not just the calories that make chocolates bad for you. The first murderer to have a 'wanted' portrait in the newspaper , the best evidence removal in British history and the worst attack on the government in 400 years. It would be very wise to investigate.

Things to keep in mind:

Your tour guide!
The tour ends at the Brighton Seafront opposite the Grand Hotel.

Important information:
-Not suitable for children under the age of 15 or people of a squeamish nature.

- - Your guide will be wearing a visor for your safety.

- Check the availability calendar. Tours take place rain or shine.
- It is advisable to arrive 10 minutes in advance as the tour will begin at the announced time.
- Distance: Approximately 1.6 kilometers / 1 mile.
Clothing: It is often colder on the boardwalk than inland, so wear appropriate clothing. It is also a good idea to check the weather forecast and bring rain gear if it is forecasting rain.
- This tour is accessible for people in wheelchairs. (check the narrow streets)
- If you are more than five people in your group, contact me about private tours.
Charitable support: Part of the money from each tour goes to a local homeless charity called Off the Fence. 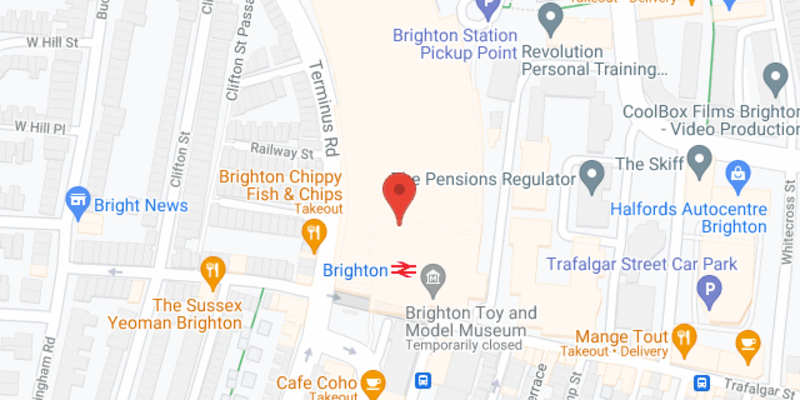 Linda 18 Jun 2022
Brighton
Verified booking
Travelled in couple - Jun 2022
Our guide was well informed. sometimes it was difficult to hear him due to it being extremely busy and noisy. It was difficult to locate him so need to improve on this. We would have liked to see our guide dressed according to the history he was delivering but overall very enjoyable

Our guide was well informed. sometimes it was difficult to hear him due to it being extremely busy and noisy. It was difficult to locate him so need to improve on this. We would have liked to see our guide dressed according to the history he was delivering but overall very enjoyable

Response from Free Walking Tours Brighton - Real Brighton Tours
Hi Linda. Thank you for your review. I'm glad you enjoyed it! Unfortunately it was particularly busy on the day that you came hence the problems with noise and finding me. I will make sure to hold up the sign more and speak louder if this happens again. Thank you again for your review. Regards Nat

Amazing tour, really enjoyed the atmosphere that the guide set up! Highly recommend

Minimum of attendees
There is no minimum number of people required for the tour.
Additional costs:
The tour does not require the payment of entrance fees or additional expenses.
Free cancellation
If you will not be able to attend the tour, please cancel your booking, otherwise the guide will be waiting for you.
Free tours
United Kingdom
Free walking tours in Brighton
When do you want to go?
Sun
Mon
Tue
Wed
Thu
Fri
Sat
Show more 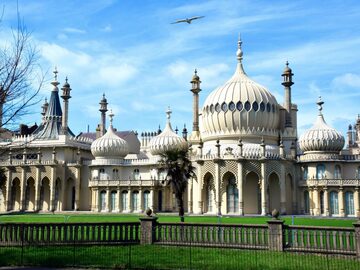 Others cities to visit after Brighton