RABBL TOURS are people’s tours. We aim to show you the Hamburg that you cannot find anywhere else!

Encompassing the inner city and the harbor, this walk shows you Hamburg's innercity, its highlights and its fascinating history. Join us to find out about the city's rise from a small-time trading post to Germany's second-biggest city and its biggest port. Known colloquially as "the Pearl", Hamburg's rich republican tradition, its cosmopolitan heritage, its mercantile success, and its musical pedigree make it a city worth treasuring. This tour shows Hamburg in its many facets.
The attractions this tour includes are: 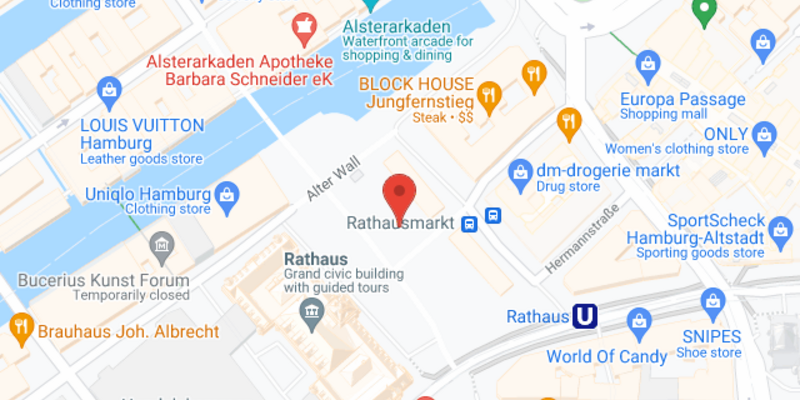 Varsha 21 May 2022
London
Verified booking
Travelled in couple - May 2022
No one showed up to the tour and no communication from the company when contracting them about it. Avoid this agent

Kirsi 09 May 2022
Zug
Verified booking
Travelled in couple - May 2022
We can easily recommend. We liked a lot the the walking tour with guide Sabina. She is well acquainted with history of Hamburg and tells stories very nice way.

Garima 19 Apr 2022
Göttingen
Verified booking
Travelled in couple - Apr 2022
Really enjoyed the tour with Sabina! This was a great way to learn about the major landmarks in Hamburg. Wish I could have done this on my first day in the city to help plan the remaining time. Oh well, leaving something for the next visit :)

Cesare 17 Apr 2022
Treviso
Verified booking
Travelled in group - Apr 2022
I really recommend the tour with Sabine! We visited the main attractions of Hamburg plus some beautiful spots of the city, which we wouldn't have visited on our own. Sabine told us not only historical facts, but also some fun facts and anecdotes about the city. It was definitely worth it!

DEREK 20 Mar 2022
Farnborough
Verified booking
Travelled in couple - Mar 2022
Really enjoyed the tour of Hamburg seeing more of the historical roots of this very modern city than we expected in a 2 hour tour.
Show 32 reviews

No one showed up to the tour and no communication from the company when contracting them about it. Avoid this agent

We can easily recommend. We liked a lot the the walking tour with guide Sabina. She is well acquainted with history of Hamburg and tells stories very nice way.

Minimum of attendees
A minimum of 4 people is required for the tour.
Additional costs:
The tour does not require the payment of entrance fees or additional expenses.
Free cancellation
If you will not be able to attend the tour, please cancel your booking, otherwise the guide will be waiting for you.
Free tours
Germany
Free walking tours in Hamburg

Others cities to visit after Hamburg