Hi, My name is Anita. I'm local tour guide in Zadar and Sibenik county in CROATIA and so happy to be able to show you the beauties of my belowed country!

Let' take a walk through this interesting city with amazing stairy streets, that make you feel like you are stuck in the Middle Age - ŠIBENIK!
Šibenik is the oldest native Croatian city on the Adriatic.
It is first mentioned on Christmas Day 1066 in the deed of gift of King Petar Krešimir IV, so it is also called Krešimir's town.
Thanks to Nikola Tesla's patents, on August 28, 1895, Šibenik became the first city in the world to receive public lighting on alternating electricity.
What also makes him amazing is the Cathedral of St. James - a unique building under the protection of UNESCO since 2000.
Sibenik is a city of 4 fortresses, which served to defend the city, from the seaside and the land side, and the magnificent fortress of St. Nicholas is today under the protection of UNESCO.

Sibenik is the hometown of many famous people, among them the famous Sibenik innovator and inventor Faust Vrančić, who gave the world - a parachute, a suspension bridge, and a cable car. Also one of the greatest Croatian and world basketball players - Dražen Petrović, who was called "basketball Mozart" because of his sports genius, Maksim Mrvica- a great pianist, Goran Visnjic - an actor, and many more...
Some of the highlights of Sibenik you will see in this tour:

But let it be a pleasant surprise to you. 😊


-  I warmly recommend booking the tour 1 day in advance. 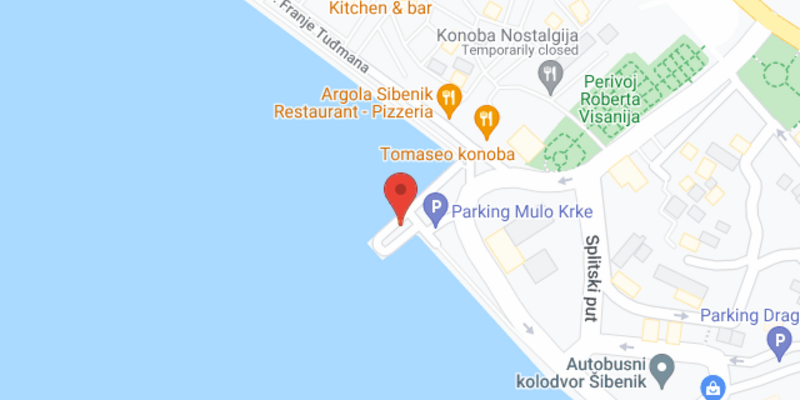 Response from Anita
Thank you. :)

Minimum of attendees
There is no minimum number of people required for the tour.
Additional costs:
The tour requires the payment of entrance fees or additional expenses.
Free cancellation
If you will not be able to attend the tour, please cancel your booking, otherwise the guide will be waiting for you.
Free tours
Croatia
Free walking tours in Šibenik
When do you want to go?
Sun
Mon
Tue
Wed
Thu
Fri
Sat
Show more

Others cities to visit after Šibenik