Free Walk in "The Connaught Place", a Historic & Happening Place

Experience a walk in the heritage and happening "The Connaught place". Discover a startling, centuries-old subterranean marvel hides in plain sight. "Agrasen Baoli " is a breathtakingly beautiful stepwell with its Flights of steps that goes deep into the earth like a maze.
"Agrasen baoli" is also considered one of the most haunted places in town by the locals, thanks to tales of curses, demons, suicides, and ghosts that often surround stepwells. The deep shadows, dark water, and echo of flapping pigeons can guarantee a creepy atmosphere, but that can change.

Also visit a hidden traditional "Washermen Locality" known as "Dhobi Ghat", where the traditional wahermen (Dhobi's) manually clean and iron thousands of clothes / linen everyday. This traditional washermen community neighbourhood has managed to exist and battle the innovations of technology that brought washing machines to every household.

Meet the walk leader right outside the "Barakhamba" Metro station. We start walking and reach this ancient marvel with 15 minutes.
The experience is thrilling of walking through an unassuming gateway and being greeted by a vertiginous plunge. While standing at ground level, be amazed to see huge stone steps cascading four levels deep into the earth, and imagine they were excavated by hand hundreds of years before the Machine Age. Arched corridors line either side, and at the far end, a stack of dark, faintly ominous openings leads directly into a dry well shaft.

Proceed for a quick stopover at the traditional "Washermen locality" knowns as "Dhobi Ghat". Be amazed to see how manually with their own hands, washermen cleaning thousands of clothes, they beat clothes on a stone slab to get rid of dirt and stains, then further using cement slabs to pound, scrubbing the clothes. They later let the clothes dry in the sun. later after ironing, another washerman leaves on his cycle for delivering the clothes to their patrons. NO Photography is advised at "Dhobi Ghat" since it disturbs the hardworking men who wash clothes knee deep in water all the time.

Time to go back to the "Barakhamba Metro Station" enroute enjoying the views of the heritage and historic "Connaught Palce" city center,  It was developed by the erstwhile "British Empire" way back in 1929, as a showpiece of Lutyen's Delhi featuring a Central Business District to be used by the British subjects only. Named after the Duke of Connaught, the construction work was started in 1929 and the work was completed in 1933.

Now time to conclude the walk, the guide shall drop you at the "Barakhamba" Metro train station.

NOTE: Those who want to explore more, they can go with the guide to "Old Delhi" by hiring a TUK TUK. "Old Delhi" is just 20 minutes away via a Tuk Tuk ride costing INR 150 only. Another urban adventure awaits you in the heritage and antique quarters of Old Delhi 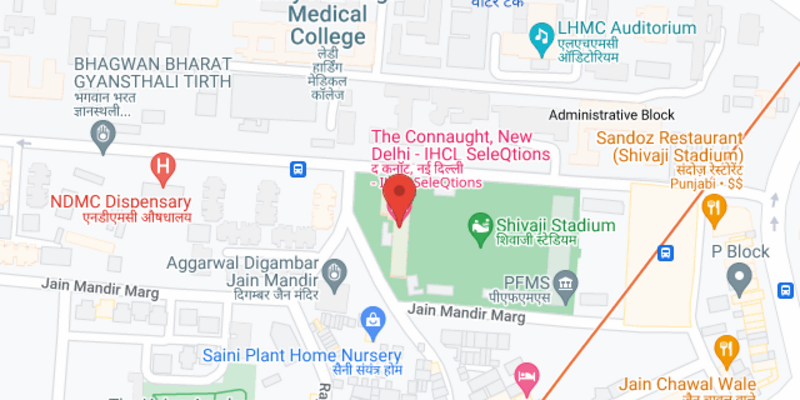 I visited a Mindboggling Stepwell, amazing architecture by the ancients of Delhi . The stone steps went so deep into the earth and people were sitting on those steps e...

Minimum of attendees
A minimum of 5 people is required for the tour.
Additional costs:
The tour does not require the payment of entrance fees or additional expenses.
Free cancellation
If you will not be able to attend the tour, please cancel your booking, otherwise the guide will be waiting for you.
Free tours
India
Free walking tours in Delhi
When do you want to go?
Sun
Mon
Tue
Wed
Thu
Fri
Sat
Show more 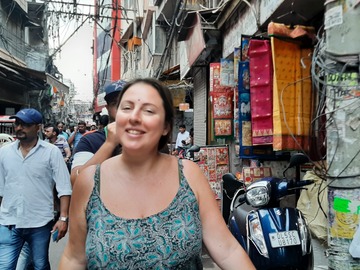 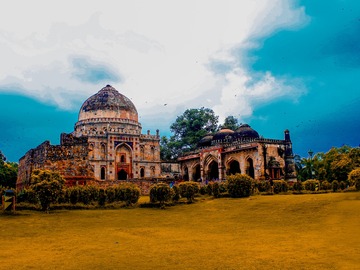 4 ratings
4.8
Walk in the historic Lodhi Gardens and Safdarjang Tomb
2h and 30min