One of the great attractions of Valencia is that it is a maritime city.

However, it has always been said that "Cap i Casal" has lived with its back to the sea.

That's right? Or, if it was, does it still be today?

We tell you about it in our tour of maritime Valencia, a walk in which we will discover the origins of one of the neighborhoods with the most identity in the capital of the Turia.

We will meet in front of the Cabañal Municipal Market , the nerve center of the neighbourhood, to begin our guided tour approaching the past, present and future of this old fishing district.

We will go through its peculiar urban fabric looking for its modernist facades with colorful tiles and floral motifs. Did you know that originally El Cabañal was a town made up purely of barracks?

On our way we will find picturesque and eclectic buildings such as the Teatro La Estrella, Lonja de Pescado or Casa del Oso , but we will also find examples of urban art that has increasingly proliferated in the neighborhood.

During the tour we will get to know its gastronomy, its festivals or the way of life of its people and all those characters who captivated the Cabañal, such as the writer Blasco Ibáñez or the artist Joaquín Sorolla , whose paintings represent maritime scenes that took place in the beaches of this charming neighborhood.

Precisely speaking of its beach, our steps will take us to it to explain the intimate relationship between Valencia and the sea.
We will walk in front of the Balneario de las Arenas , now converted into a luxury hotel and which was the scene of the wave baths of the aristocracy at the beginning of the 19th century. Did you know that it became the origin of summer vacations on the beach?

We will walk through the Marina area, which currently tries to integrate the leisure and culture of the maritime neighborhoods; A good example is the Veles e Vents building, built during the America's Cup. Do you know what this event consisted of?

With this wonderful view of the port, accompanied by a sea breeze, we will discover buildings as characteristic as the Varadero, the Tinglados... where modernist decoration continues to stand out.
We will say goodbye in the singular Clock Building , now, captivated by the sea. 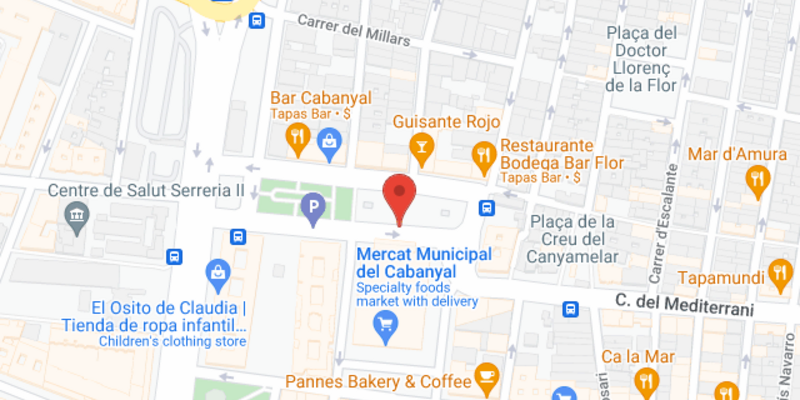