When night falls in Alicante, we prepare to bring you closer to the most unknown and dark side of the city.

Join this walk where legends, mysticism and macabre stories will be the protagonists. You will never see Alicante with the same eyes again!

We will meet in front of the Town Hall , under the Clock Tower, to let ourselves be enveloped by the mysterious air that the buildings that stand out illuminated in the dark acquire.

A long time ago, at this very point where we are, an event as violent as it was strange happened that would change the history of the square forever. Come closer and we will tell you. Meanwhile, before our eyes, the bell of the Tower will protect us from possible curses .

Our steps will take us to the Plaza de la Santa Faz to talk about legends and miracles of this relic, but also about curious popular beliefs that surround it.

Our next story awaits us in the emblematic Basilica of Santa María. We will tell you about the myths that, for hundreds of years, have circulated about this ancient Alicante temple. But some religious buildings are not as enigmatic as the characters that inhabit them and, for this reason, we will introduce you to a mystical nun from Alicante who has remained uncorrupted in the city for more than 300 years.

Speaking of enigmatic things, have you ever noticed the curious profile that Mount Benacatil hides? Legend has it... that you cannot leave Alicante without knowing the tragic story behind its name. But the Castle houses more mysteries to tell and ghosts to meet.

We will once again wander through the narrow and picturesque corners of the city until we reach the Santa Cruz neighborhood, in the heart of the historic center, to discover dark stories from another time. Memories that are far away today but that connect us with the most unknown face of Alicante: spiritualism, crimes, diseases.

On our night walk, we will learn the stories of real people from Alicante history who lived (and died) in our city. After leaving Santa Cruz behind, we will continue towards the Market area, watching over the victims of one of the cruelest episodes in the city.


⚠️👦🏻This tour is not recommended for children due to the explicit content of violence, sex and criminal events. 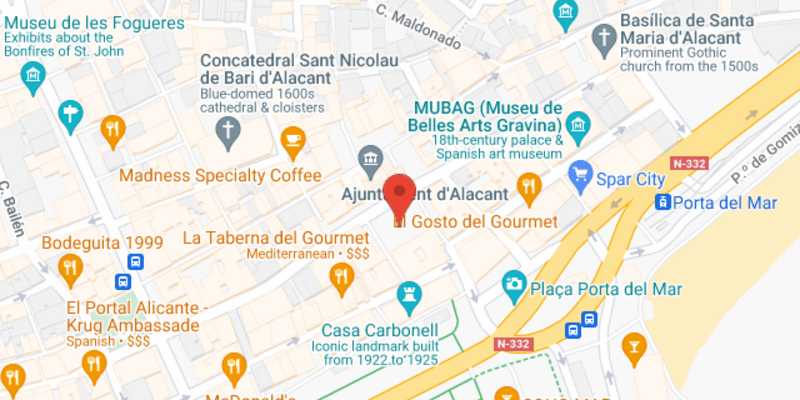 Minimum of attendees
A minimum of 4 people is required for the tour.
Additional costs:
The tour does not require the payment of entrance fees or additional expenses.
Free cancellation
If you will not be able to attend the tour, please cancel your booking, otherwise the guide will be waiting for you.
Free tours
Spain
Free walking tours in Alicante
When do you want to go?
Sun
Mon
Tue
Wed
Thu
Fri
Sat
Show more

Others cities to visit after Alicante