Hello all travelers! I am Dinesh, a guide in Mumbai since 2013. I love to show travelers my city and help make staying here an unforgettable experience for the traveller. I wait for you!

Discover Branda with me!
Bandra (Vandre) is an upscale coastal suburb located in Mumbai

Highlights:
St.Andrews Church – St. Andrew’s Church is one of the oldest churches in Mumbai. It was originally built by Portuguese Jesuits in 1575. It stands on the seashore of the Bandra suburb of Mumbai and was the only church there till the first quarter of the 17th century.

The Historic Villages – The Bandra of yesteryear was a tiny fishing village inhabited by Kolis (fishermen) and farmers. It was acquired by the British East India Company while the rest of Bombay belonged to the Portuguese.

Ranwar Village – Ranwar is the original of the 24 pakhadis, or villages, that made up Bandra. When the Britishers took Bombay away from the Portuguese in 1661, they did not obtain control immediately.

Chimbai – Unlike its fortunate brother Ranwar, this village is a far cry from the development or the artsy scene Bandra is famous for. Although it is in the vicinity of Bandstand with its posh bungalows and high-rise buildings, this village is unkempt and uncared for. The few original inhabitants of Bandra or Mumbai in general, the Koli community (Chimbaikars) can be still found here.

Trace Bandra’s Heritage – One of the defining characteristics of Bandra West is its pervasive Portuguese heritage. Bandra was settled by the Portuguese in 1534 when it was a simple fishing village, and it remained part of their territory even after the Bombay Islands were transferred to the British in 1661. During their occupation of the area, the Portuguese built many churches and converted thousands of locals to Catholicism.

Visit Bandra Fort and Bandstand – Tucked away on the tip of Bandra West are the remains of a 17th-century fort that was built by the Portuguese as a watchtower. It was strategically located to look out over Mahim Bay but now provides an excellent vantage point for viewing the landmark Bandra-Worli Sea Link bridge.

Our Guide will meet you at our meeting point. Any questions feel free to contact us on the platform. 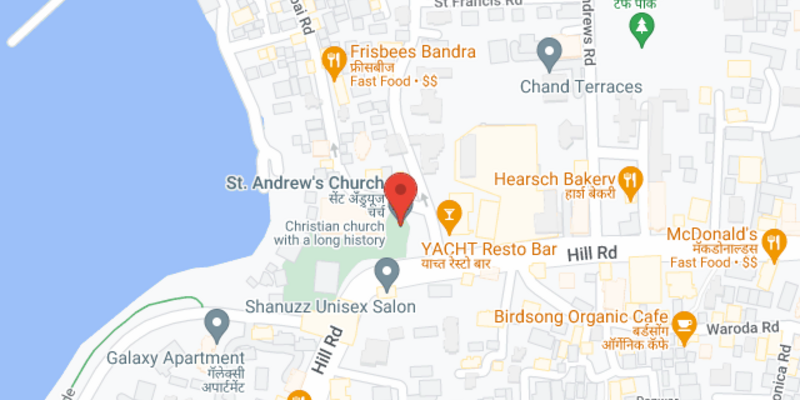 Minimum of attendees
There is no minimum number of people required for the tour.
Additional costs:
The tour requires the payment of entrance fees or additional expenses.
Free cancellation
If you will not be able to attend the tour, please cancel your booking, otherwise the guide will be waiting for you.
Free tours
India
Free walking tours in Mumbai
When do you want to go?
Sun
Mon
Tue
Wed
Thu
Fri
Sat
Show more 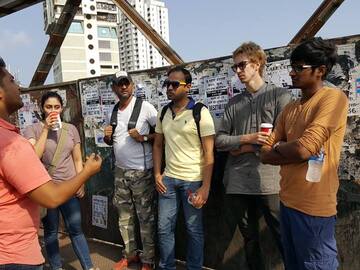 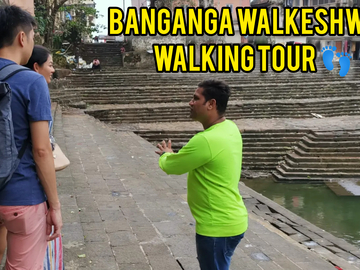 Others cities to visit after Mumbai