Free Tour through the popular neighborhood of Sachsenhausen (Frankfurt)

As an art historian and inveterate traveler, I believe that the history of a country should not be kept only in books, but should be explored corner by corner in its cities. For this reason, more than 5 years ago I left the office and decided to go out to the street to directly connect the traveler with the history and culture of the place. My experience as a guide in different European cities has allowed me to harmonize the enormous historical-cultural content of Frankfurt, with all the necessary practical information (such as restaurants, nightlife, shopping, etc.) to make a trip a total experience.

Join us on the other side of the river Main, leaving behind the imperial Frankfurt and its skyscrapers to enter one of the oldest and most charming neighborhoods in the city: in the old Sachsenhausen.
We will walk through its cobbled streets, visit the oldest half-timbered house in the city and learn all about its most famous claim, the Apfelwein.
We will start the tour in the Römer Square , talking about the history of the Apfelwein and its close historical relationship with the city of Frankfurt and the imperial coronations.

From there we will start the march to the other side of the Mainz river crossing the most famous bridge in the city, the iron bridge (Eisernerg Steg) where there are some of the best panoramic views of the city.
On the other side of the river, we will walk along the banks of the museums and visit one of the most important churches in the city, the Church of the Epiphany (Dreikönigskirche) , popularly known as "Sachsenhausen Cathedral".
On the way to Old Sachsenhausen , we will visit the oldest half-timbered house in the city and the former seat of the Order of Teutonic Knights.

Once properly arrived at the Old Sachsenhausen area, we will walk through its beautiful cobbled streets, we will talk about its famous cider houses and its innumerable fountains, stopping particularly at the most famous of all, that of Mrs. Rauschel.

On this tour you will learn everything about one of the favorite areas of frankfurters and without a doubt one of the most charming and lively neighborhoods in the entire city. 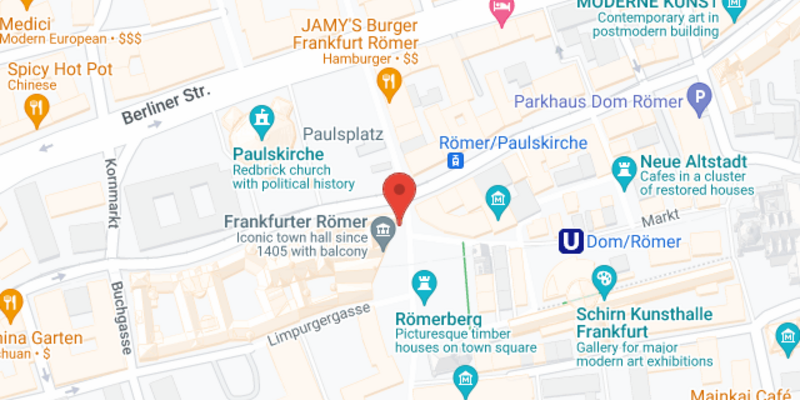 Minimum of attendees
A minimum of 4 people is required for the tour.
Additional costs:
The tour does not require the payment of entrance fees or additional expenses.
Free cancellation
If you will not be able to attend the tour, please cancel your booking, otherwise the guide will be waiting for you.
Free tours
Germany
Free walking tours in Frankfurt
When do you want to go?
Sun
Mon
Tue
Wed
Thu
Fri
Sat
Show more 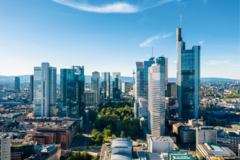 206 ratings
4.8
Free Tour of the historic center and financial district of Frankfurt
2h and 15min

Others cities to visit after Frankfurt