Welcome to China and Beijing. My name is Roy Li, a professional tour guide and I have the guide certificate issued by the Beijing government. I have been a tour guide and tour operator since 2010! China is one of the four ancient civilizations, and I am proud of great Chinese history, but I know every country has its own unique and excellent culture. I am really happy to share everything about China with my travelers, come and see China with us !

Covering an area of 440,000 square meters, the Tian'anmen Square located in the center of Beijing, the capital city of China, is the largest square all over the world. Every day the solemn ceremonies of raising/lowering the Five-Starred Red Flag (the national flag of China) are held on the square. Also, a large-scale military parade takes place here on National Day (October 1st) every decade.

The Forbidden City is also known as Palace Museum. The Palace Museum was established on October 10, 1925. It is compatible with buildings, collections, and rich palace history and culture. The Forbidden City where it is located covers an area of 106.09 hectares, which is the largest existing Museum in the world. The best preserved ancient palace complex with wooden structure represents the highest achievement of Chinese traditional official architecture.
We will see these areas during the tour:
1. Tian'anmen square
2. Inner court of Forbidden City
3. Outer court of Forbidden City
4. Imperial Garden

Minimum of attendees
There is no minimum number of people required for the tour.
Additional costs:
The tour requires the payment of entrance fees or additional expenses.
Free cancellation
If you will not be able to attend the tour, please cancel your booking, otherwise the guide will be waiting for you.
Free tours
China
Free walking tours in Beijing
When do you want to go?
Sun
Mon
Tue
Wed
Thu
Fri
Sat
Show more 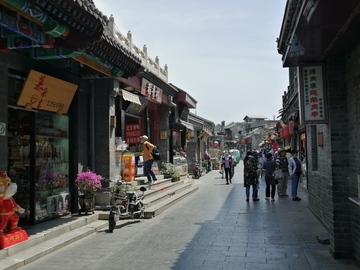 No reviews yet
Free walking tour to Beijing Hutongs
1h 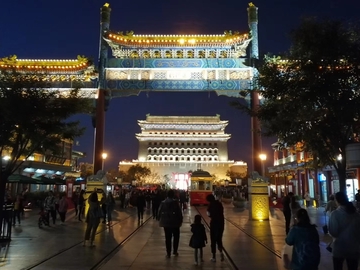 Others cities to visit after Beijing