If you are coming to London for a few days and you don't know where to begin to explore this magnificent and at the same time gigantic city, this tour is for you!

It will be an incredible and very complete walk where those who have little time will take the most iconic.

From Trafalgar Square, considered the central point of London, we will cross the Admiralty Arch to give way to the ceremonial part of the Westminster district. Center of the monarchy and the nobility since its origins, our tour will visit aristocratic residences and royal palaces while we will tell you the story of the illustrious members of the English monarchy.

We will discover what changed the religious course of the country during one of the most renowned monarchies in English history and how this change encouraged the arrival of palaces and mansions in Westminster.

After strolling through one of the most beautiful royal parks in London, we will arrive at the center of power: Westminster Abbey, the Supreme Court of Justice and the Palace of Westminster, better known as Parliament with its internationally misnamed "Big Ben" tower. ”.

From there we will approach the River Thames for the first time, a marketing and navigation axis that will allow London to become a prosperous and cosmopolitan city since Roman times, to appreciate beautiful views, the famous London Eye and continue walking. until the lunch break.

We will resume the tour to go to the origins, where some curious dragons will welcome us to the City of London. Get ready to discover an area of architectural contrasts between the most modern and oldest buildings in the city.

From the Royal Courts of Justice, we will continue along Fleet Street, where we will begin to glimpse St. Paul's Cathedral with its emblematic dome. Then we will visit the center of power in The City, where the Bank of England and Mansion House are located, to continue the tour of contrasts with the Leadenhall Market and the skyscrapers of the financial center.

Thanks to the Monument of the Great Fire, we will discover the reason why London lost its medieval old town and how, thanks to its economic power, it managed to rebuild itself very quickly.

And at the end of our walk we will return to the river to be able to contemplate a unique and wonderful view of London Bridge, Tower Bridge and the Tower of London with its 1000 years of history!


We will explore together: 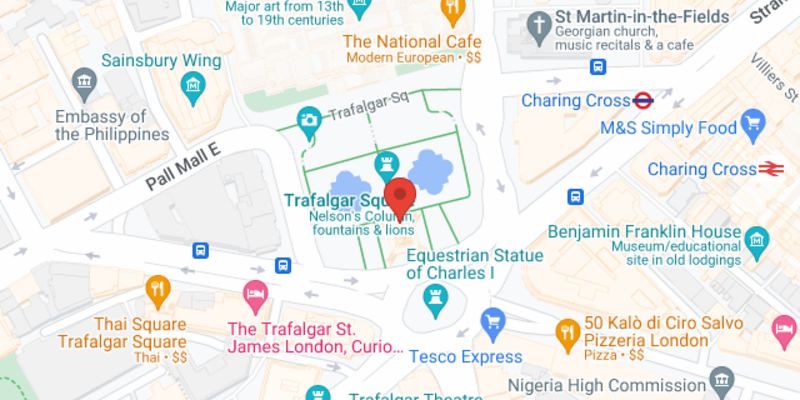 Minimum of attendees
A minimum of 4 people is required for the tour.
Additional costs:
The tour does not require the payment of entrance fees or additional expenses.
Free cancellation
If you will not be able to attend the tour, please cancel your booking, otherwise the guide will be waiting for you.
Free tours
United Kingdom
Free walking tours in London
When do you want to go?
Sun
Mon
Tue
Wed
Thu
Fri
Sat
Show more