Hello friends, I am Sumit and better known as Summit which I like. I was born in Shimla - A British Himalayan Town and a hill station found and developed by the British officers in 19th and 20th century. I am a local and have been working here as s Tour Guide for the last twenty years. My quality and style of storytelling and writing has earned me a great amount of fame. You can google my name as Sumit Raj Vashisht and you will see what all I have been doing throughout my life. Shimla is my first crush and I love to take people around on foot in these hills. The stories of its past and present, its lifestyle, its nature, its forests, and its wildlife are just amazing. Life in these remote areas is at its own pace and remains so. The local government helps us a lot and the inhabitants of Shimla and the villages in these hills are in love with their own place. I have been exploring these hills and have created such lovely experiences for you. I promise to send you back with unforgettable memories of your visit Shimla with me. We have created so many walking trails and visits to the local families that you will be found to think of spending more and more time here. So please join me on one of these walks and add another feather to the memories of your visit to the Himalayan foothills.

The best way to see and get to know Shimla is to explore it on foot. You are going to have a great day with me as a historian and lover of Shimla. "Shimla is not a very old city. It was only two thousand years ago when the British officers moved into the hills to fight the Gurkha army who were making constant invasions in this area. After that, Shimla never looked back. The The British began using it as their retreat, then it became a sanatorium and then the Summer Capital.A small village originally called Shimlu or Shyamalaya that had no connection to the outside world became the seat of power of the Imperial Government.Today Shimla it is a world tourist map and it is also a base for high altitude trek in the Indian Western Himalayas The journey to the hidden valley of the Trans Himalayas region starts from here and otherwise if you are a keen trekker and explorer then well worth it worth spending a week here visit: Christ Church, The Ridge, Gaiety Theatre, Scandal Point, Imperial Bank, Railway Board Building, Gorton Castle, Cecil Hotel Viceregal Lodge. 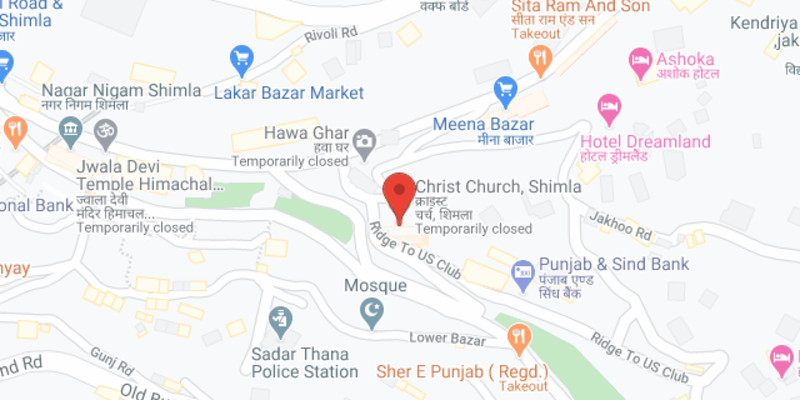 Minimum of attendees
There is no minimum number of people required for the tour.
Additional costs:
The tour requires the payment of entrance fees or additional expenses.
Free cancellation
If you will not be able to attend the tour, please cancel your booking, otherwise the guide will be waiting for you.
Free tours
India
Free walking tours in Shimla
When do you want to go?
Sun
Mon
Tue
Wed
Thu
Fri
Sat
Show more

Others cities to visit after Shimla