For millennia, Tashkent has been one of the most important commercial centers on the Great Silk Road. Still here the spirit of the old Muslim East is combined with its colorful bazaars and mosques , the Russian colonial architecture of the late 19th century and the Soviet era with its wide streets and grandiose structures.
A tour of the capital of Uzbekistan can last about 5 hours:
What will we see?
1. Amir Timur Square: the beating heart of Tashkent.
2. El Callejón de Sayilgoh: Known by a more romantic name - Broadway, it is a colorful combination of quiet corners to relax with modern entertainment.
3. Alisher Navoi State Academic Theater is the first opera and ballet theater in Central Asia.
4. The Palace of the Romanovs in Tashkent built in 1891.
5. Independence Square (Mustaqilliq Maidoni) is a kind of park area with fountains, ministries and the Senate, as well as a monument honoring the Uzbek soldiers who fell in WWII.
6. Tashkent Metro: its beauty and grandeur is not inferior to the subways of Moscow and St. Petersburg.
7. Chorsu Bazaar.
8. Ensemble Khazrati Imam - a religious complex in Tashkent. In addition to the buildings, there is a library of oriental manuscripts and Caliph Uthman's Koran. At first, the Quran was in Medina, then in Damascus and Baghdad. The Koran was transported from Baghdad to Samarkand by Tamerlane. In 1869, Usman's Quran was brought to Saint Petersburg, where its authenticity was proven. From there, the Quran was transferred to the city of Ufa, and then it was transported to Tashkent.

I wait for you to discover with a local expert in the city the most surprising corners of it. 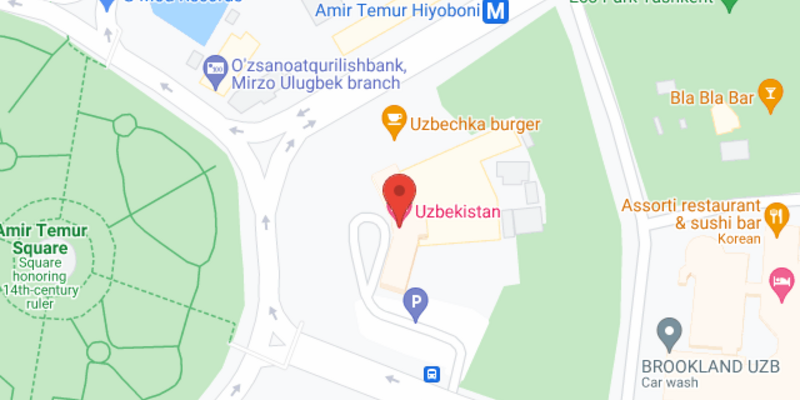 Minimum of attendees
There is no minimum number of people required for the tour.
Additional costs:
The tour requires the payment of entrance fees or additional expenses.
Free cancellation
If you will not be able to attend the tour, please cancel your booking, otherwise the guide will be waiting for you.
Free tours
Uzbekistan
Free walking tours in Tashkent
When do you want to go?
Sun
Mon
Tue
Wed
Thu
Fri
Sat
Show more

Others cities to visit after Tashkent