Free Tour The Vigo of the Illustrious

We start our tour at the Babies market to learn about the history of Buenaventura Marcó del Pont , his name is one of the most forgotten in Vigo, no one remembers him anymore, there is not a single street that honors what this Catalan living in these lands between the 18th and 19th centuries. He was the one who saw Vigo grow as a city, or rather, he was the one who made this possible thanks to salted fish.

From there we go to Calle Real to the Opañel printing house to look for the mark of Rosalía de Castro in Vigo in the 18th century. Rosalía's story is known by all Galicians, but on this tour I will tell you things that neither Galicians nor Vigo know. Thanks to this illustrious writer, today we can celebrate a day that has become a trending topic on social networks. Do you know what it is?

Already towards the nautical one we are going to know the history of a sculpture that goes unnoticed by Vigo residents and visitors, such as Gonzalo de Vigo, a great translator and interpreter of the 15th century . He is the oldest character we will visit! Learn about the story of this castaway who never returned to Galician lands.

Continuing with the maritime element, we go to Jules Verne, the great French writer who fell in love with this land of Meigas without even having known it, and in which he was inspired to create his famous character Captain Nemo.

Leaving aside, we go a little inland to the sea, specifically we will surround the emblematic Plaza Compostela, a place full of cafes and where chaos broke out in the city with Jenaro de la Fuente, our next protagonist . If social networks had existed in the 19th century, this man would be a trend. He was one of the great architects of the area, he left his mark on this famous city trying to turn it into an industrialized place due to the arrival of the canning sector and we will do the same in the Bonín building.

Continuing along the same lines, we are going to look for Concepción Arenal, a 19th-century woman who, at the age of 21, managed to get a law degree in a very cunning way. Great woman highly evolved for her century, who fought for injustice and a decent education. However, despite his efforts, his life was not easy and he ended up completely ruined, but with a sculpture in the Pereiró cemetery.

We go up the street and go for the philanthropists of the city, that not even the council itself has wanted to separate them in the street map, indeed I am talking about the Josés. García Barbón will be our first protagonist, thanks to him today we have a theater in the city , which replaced that of Rosalía de Castro, The writer? Yes! In this tour everything is related. I tell you the story also at this stop.

Taking advantage of the place, we will go to meet the great Galician architect, known as the Madrid Gaudí Antonio Palacios . However, this man was born and raised in O Porriño. He loved his land so much that he bequeathed us a great architectural heritage distributed throughout the Galician territory.

But, his most important works are located in the city of Cibeles, such as the Palace of Communications in Madrid and all the subway entrances. Does that sound more familiar to you now?

We continue with Policarpo Sanz, an art lover who did one of the most beautiful jobs in the city, leaving a public school called Santa Irene in the middle of the 19th century. But who was Irene? Come find out.

Following Policarpo Sanz street, we cross the works and we go to look for the most loved and hated sculpture by the locals, such as El Sireno, the great mirror that watches over the city. Do you know who I am talking about? Francisco Leiró, of course, the great avant-garde sculptor who loves the anatomy of the human body and represents it in the most unique and impossible way.

Continuing along Calle Príncipe, we go for the last woman, Olimpia Valencia. Which had its own clinic on this same street. For what? Never even seen your badge? You can see it right there. We are going to see how this woman in the 20th century manages to become the first Galician doctor and how she ended up in jail for 4 days in 1937.

We end with a great of the current times, we have already reached the 21st century, we will stop right in front of the RC Celta store to learn the story of a man who every time he appears on television creates controversy and controversy , according to neuromarketing scholars for be able to follow a trending topic in the media and make their hits successful. Do you know who I'm talking about? Indeed from C TANGANA. But what is your relationship with Vigo? Come and discover it and FEEL THE EMOTION! 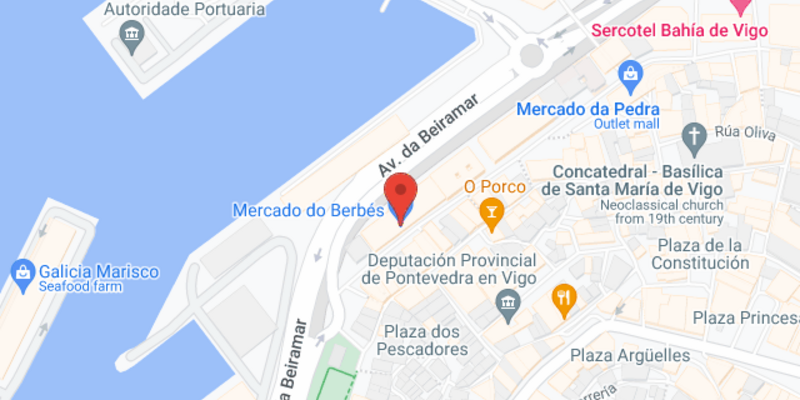