Hi there! I am 28, born in Moscow. I love this city and its history (graduated as a historican in 2019). I adore travelling and finding new experience and interesting people from all over the world. I work as a tour guide for 3 years. Besides of this I work in a charity organisation and love music and sports. I will be happy to share the vibe of Soviet Moscow with you!

Soviet times in Moscow's history have a huge influence on the city: architecture, monuments, plaques, and the vibe of nowadays Moscow, too. During the tour, we will go deep inside the historical happenings of the 20th century, visit the very center of the city, and find lots of Soviet stuff here.
What we will see?

Also:
- We will see lots of Soviet memorial plaques,
- We will taste iconic Soviet chocolate,
- You will receive lots of tourist info from me such as restaurants, places to visit, stories, etc.
Let's open new side of Moscow and have some fun together! 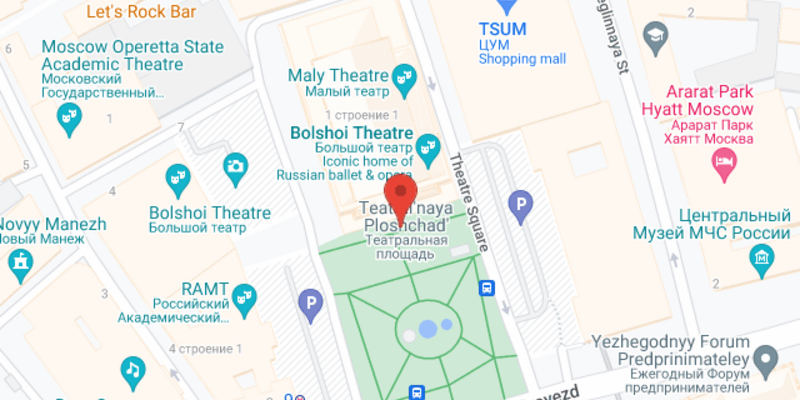 Minimum of attendees
There is no minimum number of people required for the tour.
Additional costs:
The tour does not require the payment of entrance fees or additional expenses.
Free cancellation
If you will not be able to attend the tour, please cancel your booking, otherwise the guide will be waiting for you.
Free tours
Russia
Free walking tours in Moscow
When do you want to go?
Sun
Mon
Tue
Wed
Thu
Fri
Sat
Show more

Others cities to visit after Moscow