There are not many cities in Germany, which were so extremely marked by the Second World War, that the capital of Saxony. From February 13 to 15, 1945, the city was wiped out by British and North American air bombings, thousands of tons of highly explosive bombs and incendiary devices thrown by bombers and flying fortresses. With dozens of thousands of the victims and the entire beautiful historic center in rubble, the destruction of Dresden remains probably the most controversial allied military operation of World War II. During the tour you will learn more about the details of this tragic event, as well as the different historical opinions, when interpreting these facts. During the tour you will discover different sites that recall the glorious past of the Saxon capital as well as empty areas of socialist architecture that confirm the size of the destruction. You will discover the legacy of the Hebrew community of Dresden, admiring the New Synagogue. The first synagogue called The Semper Synagogue located in this place was burned during one of the darkest episodes of the beginning of Nazism: the Night of Broken Crystals. The new construction was reopened to the cult exactly 63 years after its destruction. You will find out about the past of the community and its current situation. The tour concludes with the visit of the Church of the Holy Cross. Located next to the Altmarktplatz square will serve as the background to talk about the painful consequences of the bombings, and the different positions of their interpretation. In the end you will discover a modest monument, which pays homage to the victims. Although the history of the bombings lasts, but important once being in Dresden, since in the collective memory I remain as a paradigm of the destruction and horrors of war. 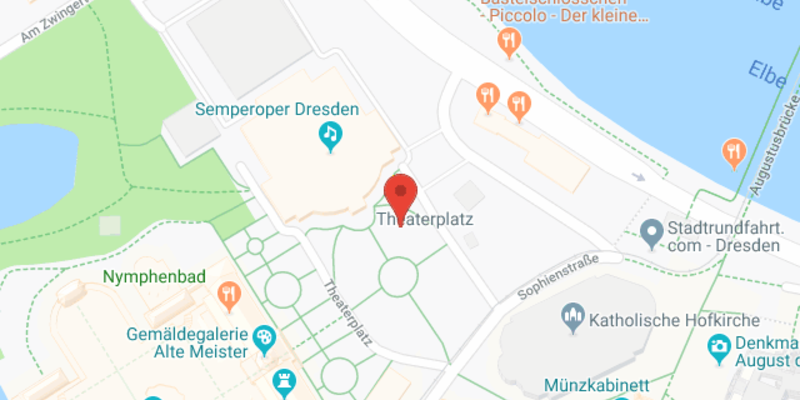 Free cancellation
If you will not be able to attend the tour, please cancel your booking, otherwise the guide will be waiting for you.
Free tours
Germany
Free walking tours in Dresden
When do you want to go?
Sun
Mon
Tue
Wed
Thu
Fri
Sat
Show more

Others cities to visit after Dresden