Hello!! I am Enrique and I am 37 years old. I am a Tourist Guide, and I am passionate about this profession because through it I have been able to know more about our culture, I have enjoyed beautiful landscapes and it has also allowed me to meet people from other parts of the world. I love that tourists get to know our customs, to captivate them with the history and the present architectural beauty. I love this city, here you will find a lot of history, you will be captivated with its landscapes, the warmth of its people and its great gastronomic variety. I invite you to know the city in a special way, immersed in its historical memory present throughout our tour ... Santa Marta "La fiel y Hospitalaria"

The History of Santa Marta "La Fiel y Hospitalaria" Santa Marta is considered the pearl of America, not only for the beauty of its Bay and present Biodiversity, but also for the role it played for the economy of Europe during the 16th century. The tour is structured by 4 key points within the Historic Center that reveal the history of the city: - Customs House (Tayrona Gold Museum): Here 565 objects are exhibited of which 471 are pre-hispanic pieces, 53 ethnographic and 41 colonial objects. It is considered the first construction with architectural design in South America. - Paseo de Bastidas: This ridge allows us to get a beautiful view of the most beautiful bay in America, decorated with monuments to the Tayronan deities that contrast with the imposing design of the International Marina of Santa Marta. - Old Hospital San Juan de Dios: Represents charity and service to others, "Property of National Cultural Interest." - Los Novios Park: Also called Santander Park, it is a place where different artistic and gastronomic expressions converge. This place witnessed countless passions of the past that met in this busy place. - Santa Marta Cathedral: Considered the heart of the city, it represents the most sacred place for samaria. Here rested the remains of Liberator Simón Bolívar, The Greatest Man in America. Recommendations: - Sunblock - Sunglasses - Hat, Cap or any element for sun protection. Inside the Cultural spaces (Gold Museum and Cathedral) - Do not consume any type of food. - Talk in a moderate way - No smoking - Pets are not allowed The tour does not have a stipulated cost, it is subject to economic stimuli by tourists. 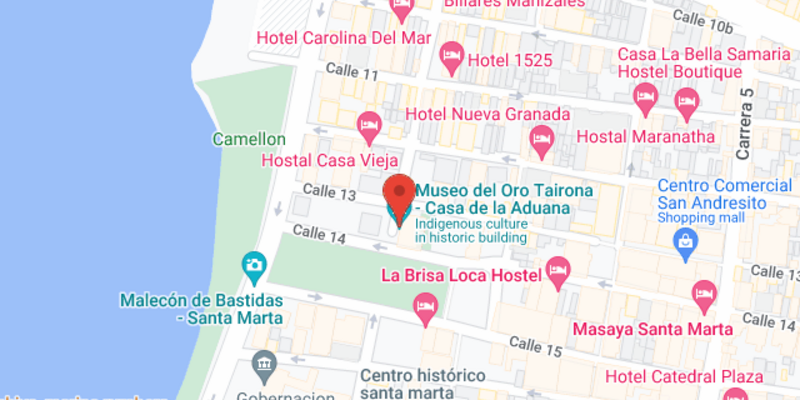 Minimum of attendees
A minimum of 4 people is required for the tour.
Additional costs:
The tour does not require the payment of entrance fees or additional expenses.
Free cancellation
If you will not be able to attend the tour, please cancel your booking, otherwise the guide will be waiting for you.
Free tours
Colombia
Free walking tours in Santa Marta
When do you want to go?
Sun
Mon
Tue
Wed
Thu
Fri
Sat
Show more 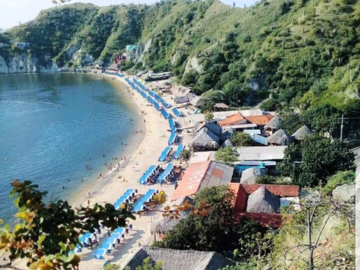 Others cities to visit after Santa Marta