Copenhagen Free Walking Tours is a group of local tour guides who have lived in and loved Copenhagen for many years. We enjoy our work so much that we have become one of the highest-rated tours on TripAdvisor with 7000+ reviews!

Copenhagen has a rich history as a great city on the edge of the Baltic. It grew from a small fishing village to the capital of Denmark, surviving fire, plague, invasion, and just about everything in between. Today, Copenhagen is known as a capital of culture, a center for design and experimentation, a place for foodies, and a land of fairy tales. Join our grand tour to hear how Copenhagen became the fantastic city it is today. Learn about the founding father of the city, the best place to get Danish smørrebrød, and why Danes are called the happiest people in the world! Esther 28 Nov 2022
Buxton
Verified booking
Travelled alone - Nov 2022
Daniel was brilliant. Clearly passionate about Copenhagen and it showed. He worked really hard to keep the group together and involve all the Nationalities - not an easy task. What a lovely, funny and kind man. Thank you. Nicole x

Mavis 31 Oct 2022
Fran was engaging and informative. He gave a brief history, then moved on to more recent relevant information about government and environmental issues, for which Copehagen is renowned. A great morning.

Kelly 14 Oct 2022
Rockville Centre
Verified booking
Travelled in couple - Aug 2022
We enjoyed our tour with Rikke (apologies if I am spelling your name wrong). She was informative and provided interesting information related to new and old Copenhagen, the places we saw and gave suggestions for places to eat or have drinks (or free candy samples!) She had a fun and light presentation style which we enjoyed. My only suggestion would be to add a second or two for participants to snap a picture of the beautiful sights in your beautiful city before moving to the next location.

Jenn... 10 Oct 2022
Hellerup
Verified booking
Travelled in family - Sep 2022
Our tour was absolutely brilliant - Jared did an amazing job, especially coping with 5 kids too, desperate to be at the front and ask questions :) Thank you!!
Show 87 reviews

It was fun touring Kobanhaven with Jarod...

Daniel was brilliant. Clearly passionate about Copenhagen and it showed. He worked really hard to keep the group together and involve all the Nationalities - not an easy task. What a lovely, funny and kind man. Thank you. Nicole x

Free cancellation
If you will not be able to attend the tour, please cancel your booking, otherwise the guide will be waiting for you.
Free tours
Denmark
Free walking tours in Copenhagen
When do you want to go?
Sun
Mon
Tue
Wed
Thu
Fri
Sat
Show more 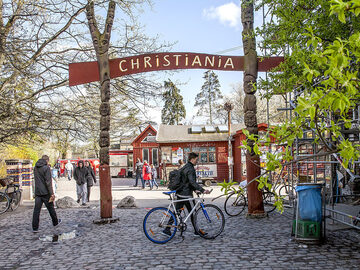 Others cities to visit after Copenhagen